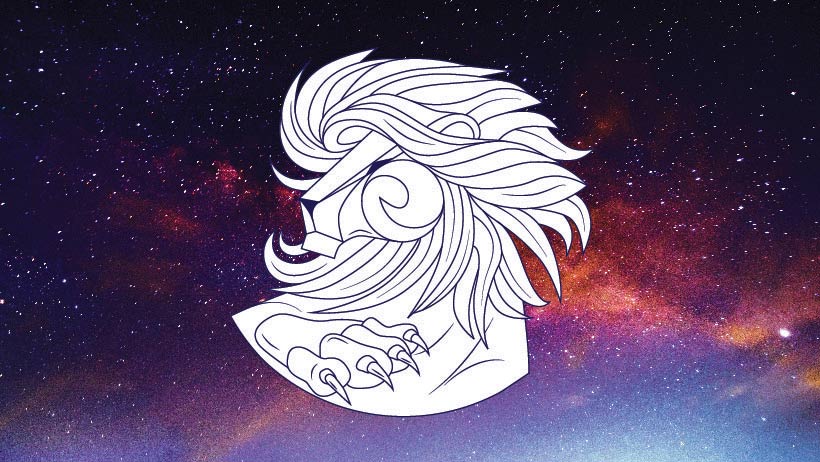 Taurus is the second sign of the zodiac. It is also known as the sign of the bull. If Taurus is your lunar sign, then this guide is for you.

Leo is known as सिंह (simha) in Sanskrit, or “lion.” Each sign of the zodiac is characterized by certain basic traits. This includes Symbol, Planetary Ruler, Element, Nature, and Gender. The general make-up of the Leo sign is below:

Sign of the Lion. Leo natives are noble and powerful. They may unknowingly intimidate others with their strong presence.

Ruled by the Sun. The Sun is the planet of the self, fatherhood, government, authority, status, and will-power. Solar individuals are bright and influential.

A fire sign. Those with a Leo moon are temperamental, passionate, and energetic.

Leo is a sign of tremendous power and bravery. Just as the lion is known as the king of the jungle, Leos stand out among their peers. They are ambitious and effective leaders, and they command the respect of those who follow them.

A fire sign, Leos possess a warm and bright demeanor. You have a sharp mind, and you are capable of penetrating deeply into any subject matter you wish to study. When conversing with others, you don’t hesitate to speak your mind, and you always communicate in a frank and open manner.

Leo-natives are faithful and loving companions who will fight to the death for what they believe in. They demonstrate heroic courage in the face of challenges. For this reason, Leos often live a prosperous and successful life.

Your dignity and sense of self-worth are what attracts people to you. However, when your self-confidence gets out of hand, it can develop into excessive pride and egotism.

Leo-natives are passionate idealists. They excel in leadership roles but may have a difficult time taking direction from others.

Recommended careers: Anything that puts their visionary mind to good use. Leos can be terrific politicians, publishers, producers, directors, entrepreneurs, artists, actors, writers, or designers.

Careers to avoid: Your tendency to see the big picture can sometimes cause you to overlook important details. Careers that require attention to detail may not be the best choice. For example, accountants, carpenters, auditors, librarians, or copy editors.

Leos have an independent and noble spirit. Their charisma can take them to great heights in professional and social spheres. However, they are often proud and do not readily heed the good advice of others. At times, you can be headstrong and even reckless, forging ahead when patience and caution would serve you better.

Your cockiness can also make you a wild spender. You enjoy the high-life: expensive food, fine drink, and hot romance. You alternate between periods of over-activity and lethargy. As the sign of the lion, Leos enjoy lazy afternoons and long naps.

A fixed sign, Leo-natives are stubborn, refusing to change their ways even when presented with sound reason and logic. This inflexibility makes them slower learners than other signs of the zodiac, for they often must learn lessons the hard way—through experience.

Though your pride and sense of entitlement may cause you difficulties in relationships and in your career, you will nevertheless push forward toward your goals. You are capable of great self-sacrifice when your strength is tested.

A group of lions is known as a ‘pride.’ It’s no surprise then that Leos are family-oriented and proud of their roots.

Leos generally forge friendships with other leaders and innovators who share qualities similar to themselves. They often make new friends through social and professional functions where like-minded people gather, such as networking events, conferences, or retreats.

Leo-natives possess a regal quality about them, and often come from respected or well-off family lineages. You and your father are both stubborn and may clash at times. Your mother is interested in spirituality and the occult. You can be blessed with good children.

Leos have a strong sex-drive, and if this isn’t kept in check it can ruin relationships. More so than most other signs of the zodiac, Leos are at risk for marital distress, and even affairs. You need to learn to respect and appreciate your partner for their unique qualities and worldview, which may be very different from your own.

Nonetheless, there are general patterns of compatibility across signs. These signs are usually a good match for Leo:

For Leos, the periods of sade sati are as follows: