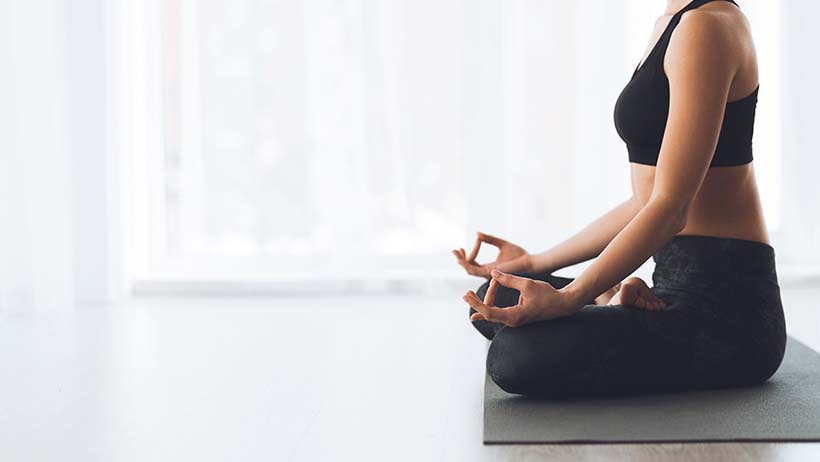 Attachment is called bhoga in the Sanskrit classics on yoga philosophy. It’s the drive to possess and enjoy something or someone. Relatively, we do have personal property and relationships we naturally enjoy, but the absolute perspective reminds us that we’re born and we die with nothing.

When we observe how it’s only between birth and death that we claim any sense of ownership, the frequency and intensity of our attachment drops. A gap between the periods of attachment then begins to crack open in our minds. It reveals that our pretense to ownership was a facade.

Our faith that the things or relationships we wanted to possess would bring us enjoyment is cast into doubt. From this doubt, systematic thinking concludes that any such attachment falls short of absolute joy. We then seek pleasure beyond attachment altogether. Next stop: Renunciation.

When the pendulum swings away from attachment, it leads to the opposite extreme: Renunciation or tyaga. Instead of holding onto something or someone to make us happy, we try to let them go once and for all. As everything around us falls away, we stand in our own light.

By living simply, working on ourselves and thinking deeply, we experience relief from our old attachments. Yes, we still have to eat, survive and so on, and we still have desires for loving relationships, but by keeping these relative attachments minimal, we achieve relative freedom.

This is the honeymoon phase of renunciation, but its afterglow is eclipsed by the sun of our spiritual need. As souls, our eternal nature revolves around service to others. Yoga isn’t about us alone, it’s about reconnecting with our source and actualizing ourselves in full knowledge and love.

Two Sides of the Same Coin

Attachment and renunciation share a number of features. Both are:

When attachment or renunciation override all other priorities, the bhoga-tyaga cycle develops. This is when the pendulum continuously swings between the two opposites. This cycle distracts us from our higher purpose, leading to chronic unfulfillment, and impaired judgement.

The Robber and the Lunatic

Frank goes to a bank, pulls down his ski mask and bursts in, gun in hand, shouting, “Everybody down on the ground! Put the money in the bag, and we all go home tonight.” The problem here is that the money is not Frank’s property. Meanwhile, Frank’s cousin Hank’s at another bank.

Hank climbs up on the counter, flailing his arms in strange exultation. Before being tackled by security, he manages to shout out, “I renounce all the money in this bank!” Hank’s lunacy and Frank’s larceny both stem from an identical failure to admit the limits of their own property:

Everything animate or inanimate that is within the universe is controlled and owned by the Lord. One should therefore accept only those things necessary for himself, which are set aside as his quota, and one should not accept other things, knowing well to whom they belong.
(Isopanishad Mantra 1)

Frank’s example tells us about attachment gone wild. To grasp the lack of ethics seen there, we don’t need to look further than relative property rights. Frank’s greed has gotten the better of him, and he’s endangered himself and others. The true ownership of the Absolute, God, isn’t even on the radar here.

Hank’s example is obviously sillier, but it also brings out the subtler point. Hank had no right to the bank’s money, so his show of giving it up is pretentious; however, according to the Vedas, the philosophical basis of yoga, only the Absolute Truth has absolute ownership.

So, we’ve eliminated attachment and renunciation as candidates for our life’s top priority. That leaves us open to prioritize service to others. To conclude with our bank analogy, take the example of Heather the humble teller. She’s in touch with millions of dollars, but she doesn’t claim a penny as her own.

Yoga philosophy teaches that we can relate with the world in other ways than by exploiting it. In yoga, we act only when doing so is aligned with our higher purpose, and we stop when it’s called for. It’s a synthesis where attachment and renunciation become equal tools for service.

Krishna uses the analogy of a tortoise to teach us about the ideal approach to attachment and renunciation:

One who is able to withdraw his senses from sense objects, as the tortoise draws its limbs within the shell, is firmly fixed in perfect consciousness.
(Bhagavad-gita 2.58)

However, by engaging those same senses in service to the Absolute Truth, we can awaken our inherent love for God and all beings.