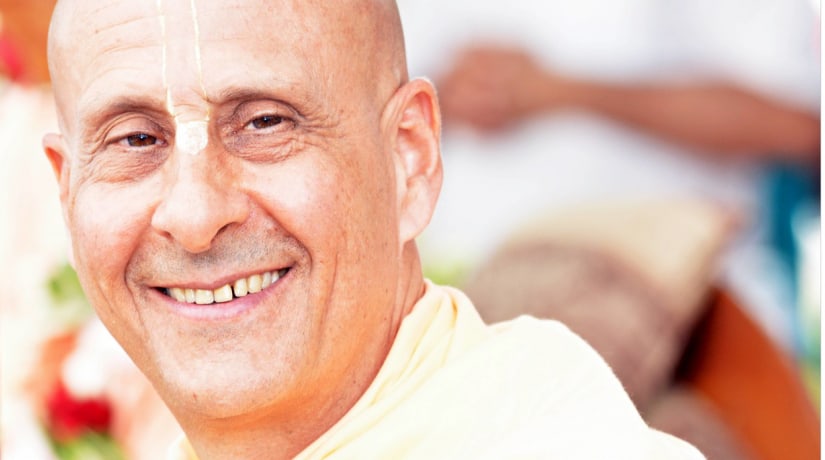 Many people talk about self-actualization, but what does it really mean? How can you recognize if someone is spiritually enlightened? And how can you perceive if true spiritual growth is happening within yourself?

The path of bhakti is very scientific. It’s not based merely on blind faith. Below we discuss the symptoms of a self-realized person and how you can apply them in your own life.

This is an age-old question. Human beings have been wondering about the soul and God for millions of years. In the Bhagavad-gita, the world’s most ancient text on yoga and spirituality, Arjuna ask’s God this very question:

Arjuna asked: O Krishna, what are the symptoms of one whose consciousness is thus merged in transcendence? How does he speak, and what is his language? How does he sit, and how does he walk?

Arjuna asks Krishna this question in the second chapter of the Bhagavad Gita. Krishna’s response is both illuminating and encouraging for those on the path of yoga, for He defines in easily understandable terms the method by which one can measure his own degree of spiritual advancement.

Likewise, by judging professed spiritual teachers according to Krishna’s standards, one can distinguish between genuine masters of yoga and those who are simply posing as such for some ulterior motive, such as wealth, fame, adoration, etc.

Now let’s look at Krishna’s reply to Arjuna. The following five symptoms have been summarized from verses 2.55-2.58 of the Bhagavad-gita.

1. Satisfied in the Self

A self-realized person is satisfied in the Self alone. Having attained samadhi, the ultimate stage of yoga practice, they perpetually relishes the joy of their own being and experiences complete satisfaction.

It is ironic that we perpetually seek happiness outside of ourselves. In reality, our very soul is a wellspring of spiritual pleasure. We just need to tap into it.

2. Equipoised in Gain and Loss

A self-realized person is sober in both fortune and misfortune. When met with material prosperity or adversity, they are indifferent, being fixed in transcendence. They know that there is a Supreme Will governing all aspects of existence. Whatever happens is meant to be.

This doesn’t mean we are all helpless, but just that we are not ultimately in control of the course of our life. A self-realized person will work hard for the pleasure of Krishna, but they leave the results of their work in His hands.

3. Free from Harmful Thoughts and Feelings

A self-realized person is free from lust, fear and anger, having sublimated these emotions in ecstatic devotion to God. The thoughts and feelings of the mind often drag us down into selfish, egotistical ways of thinking, speaking, and acting. By cultivating bhakti-yoga, we conquer our mind and senses and learn to engage our emotional energy in service to God along with our physical energy.

Emotions are still vital even in spiritual life. However, rather than controlling us and pushing us to do unwholesome things, spiritual emotions lift us up toward God.

4. Aloof from the Drama of the World

A self-realized person does not give much importance to the temporary social, political, and historical events of the world. Everything happening in human society today is but a blip in time. None of it is particularly new or important, especially when compared with the pressing task of disseminating spiritual knowledge.

Because a self-realized person recognizes this material life is temporary, like a dream, he is aloof from the concerns of ordinary men and women. This is not to say that a guru is utterly disinterested in the affairs of this world; rather, his concern lies with the spiritual welfare of his fellow beings, and not in their relative material prosperity or indigence.

5. Always Acts for the Sake of Krishna

A self-realized person employs their senses, including the mind, only in the service of Krishna, and never for any selfish purpose. According to the renowned saint of ancient India, Sage Narada, this is the definition of mature bhakti yoga:
sarvopādhi-vinirmuktaṁ tat-paratvena nirmalam
hṛṣīkeṇa hṛṣīkeśa-sevanaṁ bhaktir ucyate
“Bhakti, or devotional service, means utilizing one’s senses fully in the service of the Lord, the Master of all the senses. When the soul thus engages in divine service, there are two side effects: one’s false ego is dissolved and his senses are freed from their affinity for matter.”

In addition to these five items, a truly self-realized person generally has a guru. This means that they belong to a disciplic-succession. This is known as the system of parampara. If a doctor does not receive training from a certified medical school, how can he practice medicine? Likewise, there are no “self-taught” gurus. A true saint cannot be rubber-stamped or elected through the democratic process. He must be thoroughly trained by one who has already mastered the spiritual science.