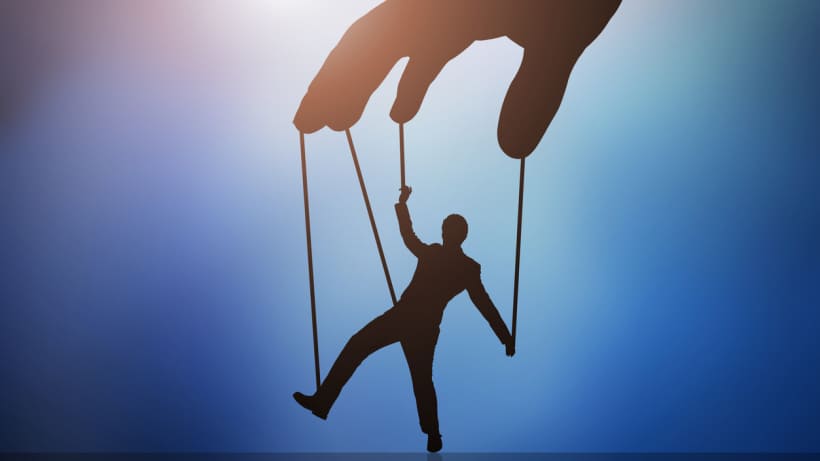 In the phrase “the three modes of material nature”, the “three” referred to are goodness, passion and ignorance. The word mode is a technical philosophical term, used to translate the Sanskrit word guna. Nature also has a couple of specific meanings which will be useful to cover.

There are two broad aspects of nature. The first can be perceived and directly interacted with by humans or other living species. The second is an invisible source, called creative nature. The perceived part is referred to in philosophy as created nature.

A metaphor: the three modes of material nature are a computer’s operating system. The invisible creative nature is an endless body of ones and zeros drawn from. The various apps for the end user then, are the created nature.

The Material Cause of Everything

The created nature is called guna prakriti in Sanskrit, or that aspect which is discernible by its qualities. The creative nature is called mahat-yoni, or the great source of birth. It is also referred to as brahman, or that which is all-encompassing. It is the material cause of everything.

What exactly is a material cause? Let’s look at causation from a few perspectives. A table, for instance has:

Since all material elements emerge from the creative nature, it’s said to be the supreme material cause. The term yoni (womb), mentioned above, also implies an impregnator. In Bhagavad-gita, Krishna (God) identifies as being that seed-giving father to mother nature.

Where Do We Come In?

Just as both a mother and a father have unique roles to play in conception, similarly both God and creative nature each play a part in producing created nature. Furthermore, we, the eternal souls, are released into nature by God to let us act out our plans here.

When the eternal living entity comes in contact with nature, (s)he becomes conditioned by the modes. The heaviest involvement with matter by the spirit is in the mode of ignorance. There is a greater freedom of the spirit in passion. Goodness has the faintest of material conditioning.

We experience depression, alertness, ambition, wonder and so forth due to ever-changing levels of conditioning by these modes. The proportions of modes are in constant flux. They also blend into subtle combinations like the mixing of colors on a painter’s palette.

Below is a table of material conditioning samples, arranged by mode. It illustrates how facets of our character become largely influenced by a particular mode:

The Modes Beyond Us

These effects are imposed on the soul because of identifying with the body, which is material. But the modes also uniformly shape the condition of inanimate matter beyond our bodies. Conditioning applies to matter in all states, however gross or subtle. Here’s a similar table:

The Modes and Self-Concept

Material nature and karma make up two out of the five subjects treated in the Bhagavad-gita. The following quote from the third chapter looks at their relationship to the self within:

“The spirit soul bewildered by the influence of false ego thinks himself the doer of activities that are in actuality carried out by the three modes of material nature.”

This table captures a few ways the modes affect our sense of self:

Living Beyond the Modes

The living entity can be freed from the influence of the material modes. This freedom is achieved by the practice of yoga. The first way yoga helps is to release one from misidentification with the material nature, and instead understand one’s spiritual identity.

With this realization, one can also see the real makeup of nature. All this knowledge combines to free one from karma, and the repetition of birth and death. In the culmination of yoga (bhakti-yoga), one even comes to understand the supreme source.

God is like the sun, and the spiritual self is like sunshine from that source. The properties of eternity, knowledge and bliss are categorically identical whether in the supreme soul, or in the countless individual souls. These properties elevate one above the material modes.

Continuing with the light example, light is naturally white. If it is covered by colored glass, its waves are restricted to display only certain wavelengths. But, if the colored coverings are removed, the pure light continues to shine in full-spectrum brilliance.

In the same way, the modes of material nature cover our spiritual natures: A little in goodness, moreso in passion, and near totally in ignorance. But as these coverings are gradually removed by dedicated yoga practice, our eternal, knowledgeable and blissful nature is revived, bit by bit.

The Magic Behind the Modes

Since the soul is beyond material nature, why are we so enchanted by it? The modes of material nature are just a reflection of the modes of spiritual nature. Srila Prabhupada, translator and teacher of Bhagavad-gita, explains how transcendental knowledge grants a higher taste:

“This reflection of the spiritual world is situated on desire, just as a tree’s reflection is situated on water. Desire is the cause of things’ being situated in this reflected material light. One who wants to get out of this material existence must know this tree thoroughly through analytical study.”