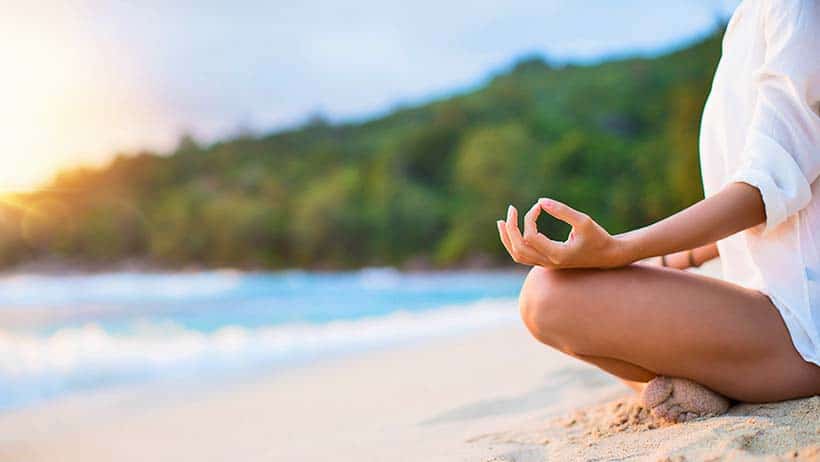 Yoga philosophy culminates in enlightenment: A state in which perfect yogis are 100% free from uncertainty and confusion. What about the rest of us though? Yoga, a robust learning system, can help us manage these states of mind, and even turn them at times to our advantage.

Uncertainty can either be overcome, or simply managed; whatever the need of the moment demands. Whether for material or spiritual purposes, we don’t need to know everything. Then again, if learning more might help with our health, happiness or service, why not give it a shot?

Uncertainty can be caused by our imperfect knowledge-acquiring senses. Because we can only see so far, hear so well, or think in certain ways, the knowledge we get from sense perception has limits. The imperfection of our senses, karanapatava, is one of the four human limitations:

Uncertainty is a concept defined by what it is not, so to talk about it usefully, we have to look at knowledge itself. There are five levels of knowledge in yoga philosophy:

The four human limitations always affect the knowledge we get from sense perception, whether ours, or someone else’s. In the second level of knowledge, there’s another layer of uncertainty added. We may not understand the message in the same way the person speaking intended it.

The upside of learning from third-party reports is that unlike with sense perception, there’s time to reflect. Selective emphasis can be placed on the lesson desired to be conveyed, the knowledge itself, rather than the raw sense experience. There’s room for wit and creativity.

A popular method of paroksha is to tell a story with a lesson. Moving up, when we directly grasp a lesson without need of stories or reports, that is aparoksha. Knowledge acquired on these three levels can be affected by human limitations, and is called material knowledge (jada-vidya).

Spiritual knowledge (brahma-vidya) is experienced on the levels of adhokshaja and aprakrita, and is free from human limitations. Since this article focuses on uncertainty and confusion, these two levels of knowledge will be expanded on elsewhere.

Here’s a table to lay out the interaction of the human limitations and levels of knowledge:

Confusion is a further development from uncertainty. It lives between moments of bhrama, or mistakes, and pramada, or illusion. When we commit a mistake, we are committed to the results of that mistake, of which confusion is often one. It’s a wake-up call that something went wrong.

Yoga philosophy is about rising above current conditions to experience our transcendent spiritual nature. Confusion doesn’t have to keep that from happening, but our response sets a course. By denying or defending the mistake, we devolve into illusion. How then do we rise?

One helpful exercise can be to backtrack and try to figure out how we wound up so confused in the first place. Maybe we ask a friend, or guide. Maybe we meditate or read sacred yoga texts. In a 1946 telegram published by the New York Times, Albert Einstein wrote:

“… a new type of thinking is essential if mankind is to survive and move toward higher levels.”

Often stepping out of the context in which a mistake happened, we get answers as if magically. Whatever the reason is for these realizations, it might help us see the mistake in a new light. The confusion which resulted from it should get resolved, too.

Moreover, experiencing confusion about true and false senses of identity, about our duty or potential as compared to those of others — these and countless other specific quandaries are clarified in classics like the Yoga-sutras of Patanjali, and the Bhagavad-gita. Do check them out.

Sailing Against the Wind

It’s not possible to sail against the wind… at least not directly. The boat crew must angle the bow away from the wind so that the sails begin to fill with air. Then, turning the bow in the opposite angle, they zag back in the other direction. This zigzagging effectively leads forward.

Our uncertainty and confusion don’t directly lead to knowledge, but they can be leveraged in a number of ways to get us back on track in yoga practice. The way we turn our bow is a matter of making personal choices, however catty-cornered, to keep moving forward.