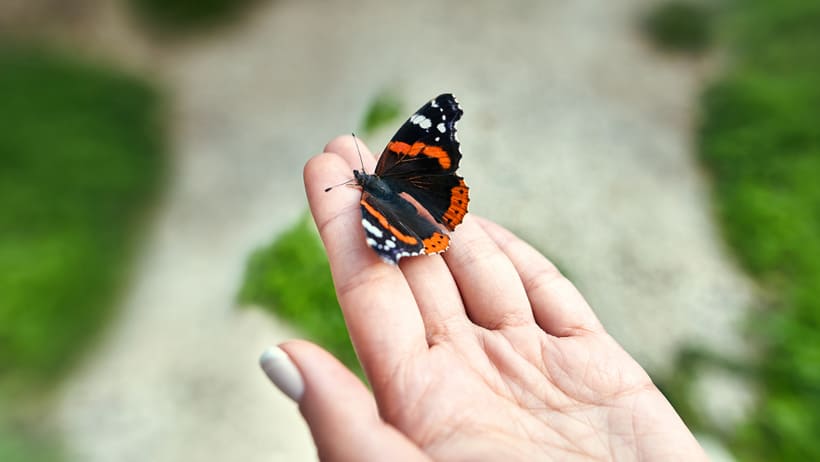 “Re-” means again, and “carne” means flesh. So, reincarnation means to be in the flesh again. Reincarnation is the return of the soul to a physical body after death. This article describes reincarnation, as well as the alternative destination beyond embodied flesh.

Scientists have formally recognized 1.5 million species on earth, and at least one popular theory suggests that there could be approximately 8.7 million remaining to be identified. The ancient spiritual text Padma Purana, which is a part of the Vedas, has the figure at 8.4 million:

Through the process of reincarnation, the soul can be born into any of these species. As shown by the relative populations, human life is the rarest. Counted among the 400,000 species of human life are also superhuman entities such as universal administrators.

The administrator in charge of creating the universe is known as Brahma, and that role is the highest position of responsibility the soul can occupy in the universe. The Absolute Truth, or Krishna says that even if a soul reaches the position of Brahma, reincarnation still continues:

“From the highest planet in the material world down to the lowest, all are places of misery wherein repeated birth and death take place. But one who attains to My abode, Kaunteya, never takes birth again.” (8.16)

We souls are assigned bodies which reflect our desires. Our desires are expressed through the actions we take, collectively known as our karma. After death, the soul is moved to a new body that best suits the type of mentality and desires that were cultivated in the previous lifetime.

In the ancient spiritual wisdom tradition of the Vedas, there are frameworks given for humans to act within so they can be lifted to higher forms of life after death. The purpose of human life is spiritual realization. If we act without regard to human potential, our next life can be sub-human.

Imagine a swimming pool with two diving boards, the low dive and the high dive. Jumping into the pool from the lower board, a diver goes only so far, but greater depths are reached by jumping from high up. The pool represents the 8,000,000 subhuman species.

The low dive and high dive are degrees of problematic human activities. The more criminal the behavior, the deeper into the pool of sub-human species we can reach. The less evolved the species is, the less of a threat they pose to other beings.

A rise from the depths of the swimming pool back to open air also takes longer than resurfacing after a shallow splash. Similarly, birth in lower species requires more reincarnations for the soul before we again have a chance at a human birth and the free will that comes with this rare opportunity.

Nonetheless, we automatically rise up from the bottom. In sub-human species of life, the soul’s free will is too restricted to generate any good or bad karma. The soul simply gets to fulfill their different desires in the many species of life until they gradually reincarnate into a human body and have another chance at self-realization.

If we look at Maslow’s hierarchy of needs as a pyramid, the bottom part is roughly the same with both humans and sub-human species. Human life is separated by its quest for self-realization, along with the faculties needed for this purpose — but first let’s focus on the basics.

In Sanskrit, the bottom slices of the pyramid are divided into ahara, nidra, bhaya and maithuna, or eating, sleeping, self-defense and mating. While the challenges of meeting these needs in human life may not always involve duels, or scavenging, it still proves stressful.

Channeling our energy toward enhancing these four processes — by eating fancier food, sleeping on more luxurious mattresses, stockpiling arms, and so forth — we’re missing out on our unique human potential. Self-realization consists of contemplating subjects such as:

The End of Reincarnation

The Vedanta-sutras begin athato brahma jijnasa, “Now, inquire into the Absolute Truth.” The word “now” in this short verse can be unpacked to mean, “Now that you have attained human birth.” Understanding such spiritual truths leads to liberation from reincarnation.

The yoga paths are spiritual frameworks for developing realizations about these essential human topics. Progress in these paths leads to moksha, or liberation, and eventually to a confidential stage known as prema or love of God. The yogi in prema, also known as their devotee, doesn’t only free themselves from the cycle of reincarnation — they even liberate their families.

This is confirmed in the Seventh Canto of the Srimad Bhagavatam:

“The Supreme Personality of Godhead said: My dear Prahlada, O most pure, O great saintly person, your father has been purified, along with twenty-one forefathers in your family. Because you were born in this family, the entire dynasty has been purified.” (7.10.18)

That being said, it is rare for a person to recognize what a precious gift this human life is. Few people are able to understand the futility of taking birth again and again in this world of temporary pleasures. As Krishna tells Arjuna in the Bhagavad-gita:

“Out of many thousands among men, one may endeavor for perfection, and of those who have achieved perfection, hardly one knows Me in truth.” (7.3)