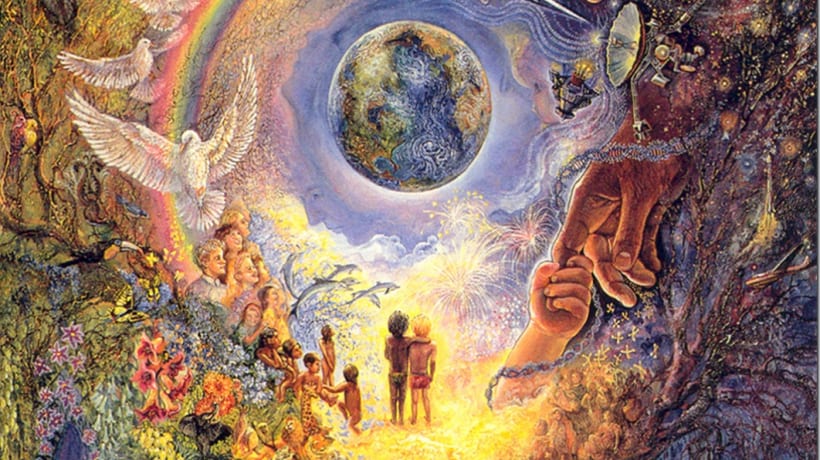 Kali yuga, the age of quarrel and hypocrisy, is a time in the Vedic universal cycle when the human population experiences tremendous conflict and confusion. Kali yuga lasts for 864,000 years. A little more than 5,000 years of Kali yuga has passed at present, and the Puranas describe the total length of Kali yuga as 432,000 years of Bhu-mandala, or 864,000 of our Earth years. When Kali yuga ends, Satya yuga will begin and the universal time cycle will begin again.

The Puranas describe that there are four ages: Satya Yuga, Treta Yuga, Dvapara Yuga, and Kali Yuga. These four ages occur in sequence just like the four seasons of the year. One yuga cycle is known in Sanskrit as a chatur-yuga, and one thousand chatur-yugas form a kalpa, or a single day of Lord Brahma.

Even though the passing of time is uniform through the universe, the Vedas explain that various regions within the universe experience time differently due to the phenomenon of time dilation. For example, one year in the realm of Svarga is approximately equal to 720 solar years on our planet Earth.

We are currently in the midst of Kali Yuga. Kali Yuga began approximately 5,000 years ago in 3102 BCE, at the end of Dwapara Yuga. 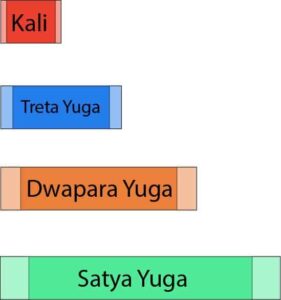 When Will Kali Yuga End?

Kali Yuga started just over 5,000 years ago in 3102 BCE when Krishna left our planet Earth, and it will lat another 427,000 years. After Kali Yuga, the yuga cycle begins again with Satya Yuga, the golden age. The transition takes place with the assistance of the Kalki Avatara, who rids the Earth of the hordes of beast-like human beings who have lost all sense of their humanness. Then a small handful of sages and ascetic kings emerge from their hermitages to repopulate the Earth and commence Satya Yuga again.

There are many symptoms of Kali Yuga given in the Srimad Bhagavatam and other Vedic texts. What follows is a compilation of some of the prominent symptoms of the age:

What Happens After Kali Yuga?

When Kali-yuga ends, Satya Yuga begins again. Satya Yuga is the Golden Age, when all human beings live together in perfect harmony. Then after Satya Yuga is complete, Treta Yuga, Dvapara Yuga, and Kali Yuga take place all over again. In this way the four ages cycle one after another until the entire universe is absorbed back into the body of the Supreme Being.