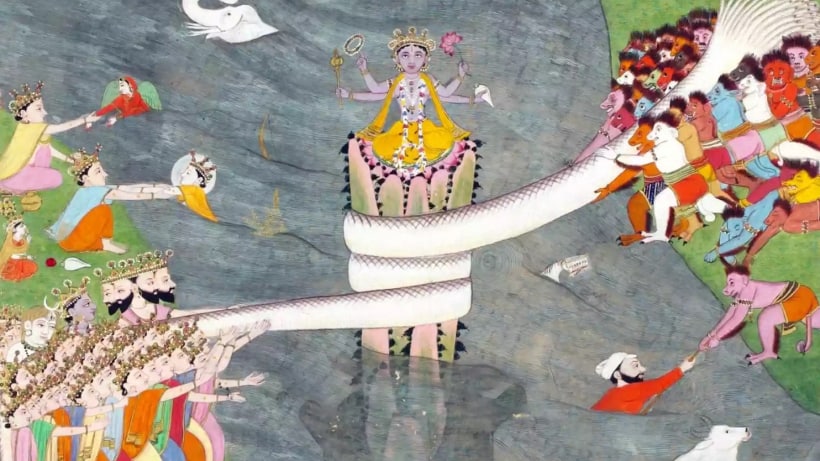 Satya yuga is the golden age, known as a time when all of humanity coexists in a spirit of goodwill and complete harmony. Although many Western scholars believe the Puranas of India are mythological, they are actually accurate accounts of former eras in the history of our universe. The book the Big Bang and the Sages documents several important historical events in the timeline of our solar system that were first correctly dated by the Puranas. 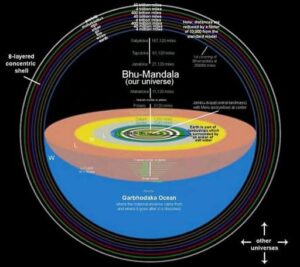 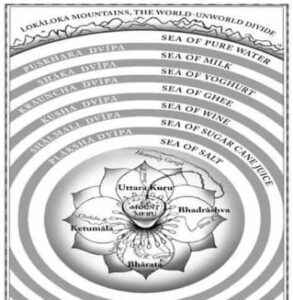 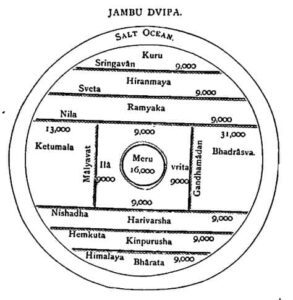 Satya Yuga is the first of the four ages that make up a chaturyuga. In English it is often referred to as the Golden Age.

LEARN MORE: Check out our article on the avatars that appear every Satya Yuga.

The Churning of the Ocean of Milk

Two of the most populous species of extraterrestrials mentioned in the Vedas are the devas and the daityas. They both descended from the same ancestral line, but their natures are completely opposed. While the culture of the devas tends toward virtue, service, and God consciousness, the daityas prize individual valor, brute strength, and subjugation of others.

During Satya Yuga, the Puranas describe a rare instance where these two races cooperated for their mutual benefit. Each wanted to mine the Ocean of Milk to extract amrita, a special type of elixir that would grant immense power and longevity, like a kind of cosmic steroid.

To do this, they sought the advice of the Supreme Being, Vishnu, who advised them to transport Mount Mandara and place it in the center of the Ocean of Milk to be used as a churning rod. Then they were told to request Vasuki, who was the leader of the race of serpent-like extraterrestrials known as the nagas, to let them use his body as a massive churning rope.

However, alone the devas and daityas were unable to lift Mandara Mountain due to its great weight, so they were again required to take help from Vishnu, who easily moved the mountain and placed it in the Ocean of Milk.

After this, the devas and daityas were able to easily churn the Ocean of Milk and obtain the amrita.

LEARN MORE: Read about the churning of the milk ocean from the Bhagavata Purana.

The Asphyxiation of the Universe

Once, Prince Dhruva, the son of King Uttanapada and great-grandson of Brahma, became deeply offended by his step-mother, and as a result he left the kingdom to perform yogic austerities in a distant forest. Dhruva was a mere boy, but because it was Satya Yuga, children were endowed with much greater power than the five and six-year-olds of today.

As Dhruva wandered alone in the forest, he met Sage Narada who instructed him in the process of yoga, culminating in perfect mental and physiological suspension known as samadhi, or mystic trance. By practicing this yoga, Dhruva was able to progressively refrain from eating, drinking water, and even breathing.

Dhruva’s unprecedented austerity obstructed the universal flow of air and all humans, devas, daityas, nagas, apsaras, gandharavas, and other races began to suffocate. The devas quickly approached Vishnu and requested Him to intervene. Accepting their request, Vishnu then went to visit Dhruva and pacified him by His presence.

LEARN MORE: Read about the asphyxiation of the universe from the Bhagavata Purana.

There was once a terribly powerful daitya named Hiranyakashipu. He was the son of the sage Kashyapa and his wife, Diti. Hiranyakashipu’s twin brother was killed in battle by Lord Vishnu in His form as Varaha avatar.

Wanting revenge, Hiranyakashipu came up with a plan to become immortal. He went to a valley near Mandara Mountain and stood there in a trance for thousands of years. He didn’t eat or drink anything, and over the course of time, ants devoured his flesh and formed a large mound around him. However, by yogic power, Hiranyakashipu maintained his life in his bone marrow. The intensity of his austerities caused such energy and heat that a fire began emanating from the top of his skull.

Brahma told him that because he himself was mortal, he was unable to grant this benediction. So Hiranyakashipu came up with what he thought was a clever solution. He requested that Brahma grant him freedom from being killed:

In this way, Hiranyakashipu attempted to secure his life. He also asked for all yogic powers and for the ability to conquer the universe.

Due to his austerities, Hiranyakashipu had earned these benedictions, and Brahma granted his requests. Hiranyakashipu quickly traveled throughout the entire universe subjugating the various rulers, including Indra, king of the devas.

Later Lord Vishnu would appear as the Nrsimha avatar to kill Hiranyakashipu.

LEARN MORE: Read about the life of Hiranyakashipu from the Bhagavata Purana.