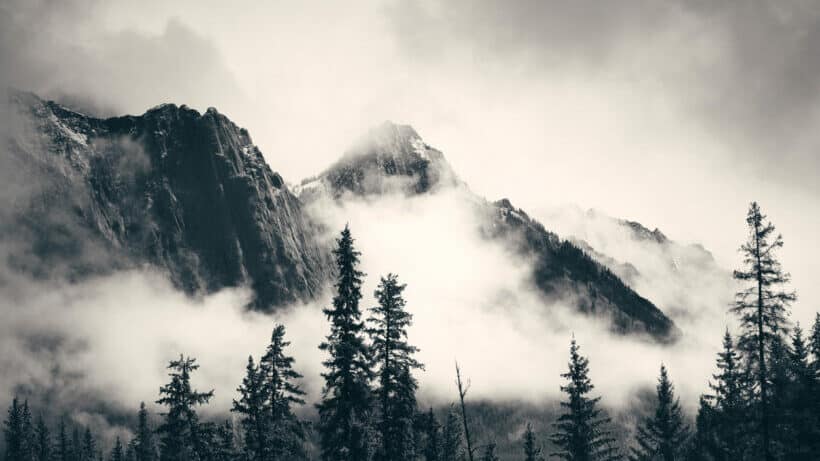 What does it mean to really know someone? Many people think of God as an impersonal energy or oneness, but there is much more to Him than that. In this article, we explore the person beyond the oneness of the Absolute Truth. The Bhagavad-gita takes us beyond nirvana and impersonal liberation to a loving relationship with the Supreme Person, Krishna.

I have two friends, Pallavi and Parvati. They are identical twins. They live together, they work together, they study the Bhagavad-gita together; whenever you see one of them, you know the other must be close by. Sometimes in conversations they will spontaneously say the same thing, at the same time, in the same tone of voice. It is as if they can read one another’s thoughts! These two sisters know each other: how the other thinks, feels, her aspirations, hopes, dreams.

In any relationship, as love increases, so does intimacy. A husband may share things with his wife that he would never tell his mother. Similarly, a daughter may reveal more to her friends than she does to her father. The power of love is that it allows you to access another person’s world. The more intimate the relationship, the more fully one is able to enter another’s heart.

This principle equally applies when seeking knowledge of the Absolute Truth. Krishna explains that He can only be known through loving devotion, bhaktyā mām abhijānāti. To those who approach Him with love, Krishna reveals Himself in full. However, those who are faithless, envious, or attached to material life cannot access the secrets of the Bhagavad-gita. Krishna’s illusory potency, Maya, deludes them. At best they may adopt the philosophical research of jnana-yoga and attain Brahma-nirvana, realization of the impersonal, all-pervading feature of the Absolute Truth.

Just what is the Absolute Truth? The Vedas declare: janmady yasya yatah, “that Person from whom all things emanate.” Some people question, “How can the Absolute Truth can be a person?” One might reply, “Why not?” After all, where does personality come from, if not from the Original Source of Existence? To say that God cannot have a name, a form, qualities, and activities would be to place a restriction on the Unlimited, Inconceivable, All-Powerful Being.

Persisting, still one may doubt, “Isn’t God Energy? Light? Love? Are we not all equally God, like so many waves in an ocean?” This point of view is valid, but incomplete. This description of God as “energy, light and love,” corresponds to Krishna’s all-pervading effulgence, Brahman. But the source of Brahman is the Supreme Person. Just as there are innumerable varieties of individual living entities within an ocean, every soul is eternally distinct and unique. Material identity undergoes constant flux, but spiritual personality is an unchanging reality. And beyond the finite living beings is the Infinite Personality of Godhead, Krishna. The minute soul shares qualitative oneness with the Lord, but he can never become the Lord. This is an eternal truth.

Bhakti-yoga, the yoga of loving devotion to Krishna, is the personal process of self-realization. Other yogas are impersonal in that the practitioner is only conscious of the impersonal energy of the Absolute Truth. Anyone who adopts the process of bhakti-yoga with a simple, humble heart may easily enter the spiritual reality. From the very beginning, they are helped by the Lord Himself. Other yogis, who are opposed to the service of the Supreme, instead rely on their own abilities to traverse the spiritual path. For this reason the impersonal approach is very difficult. After many years or even lifetimes of practice, the impersonal yogi may not even reach his desired goal of Brahma-nirvana, but instead regress into a life of mundane sensuality.

A slightly modified version of impersonal yoga is found in the teachings of Lord Buddha. Nirvana, the goal of Buddhist practice, is synonymous with Brahma-nirvana, the realization of the impersonal feature of the Absolute Truth that is discussed at great length in the Bhagavad-gita. Actually, it is described in the Bhagavat-Purana that Krishna incarnates as the Buddha for the purpose of re-establishing moral principles, especially non-violence. Although many practicing Buddhists are unaware of this fact, it was predicted in the Vedas over 5,000 years ago. When Lord Buddha appeared, the people of India were indulging in unrestricted animal slaughter and meat-eating due to deliberate misapplication of the Vedic injunctions for animal sacrifice. As a result, the entire society was afflicted by violence and psychological degradation – the karmic reactions for unnecessarily killing innocent animals.

As Lord Buddha, Krishna convinced atheistic and materialistic persons into abandoning their cruel practices and worshiping Him for the purpose of attaining freedom from material suffering. In this way it can be seen that Buddhism is actually a form of theism, with the Buddha serving as the object of worship. In all Buddhist sects the disciples study His teachings, and many students are even encouraged to offer water or fruit to a small Deity form of the Buddha.

Worship of the “Oneness” in everything is something like becoming attracted to a fragrant perfume, while failing to notice the beautiful qualities of the woman who wears it. The topmost transcendentalist is one who progresses even beyond the impersonal Brahma-nirvana to attain direct association with the All-Attractive Person, who is the source and foundation for all of existence. As Krishna confirms:

“And I am the basis of the impersonal Brahman, which is immortal, imperishable and eternal and is the constitutional position of ultimate happiness” (Bhagavad-gita 14.27).

The devotee goes beyond oneness to realize his eternal spiritual identity as a servant of Krishna in a unique loving relationship. In this position the devotee experiences an endless variety of blissful spiritual emotion in relation to his Lord. Such is the boundless joy of loving exchange.