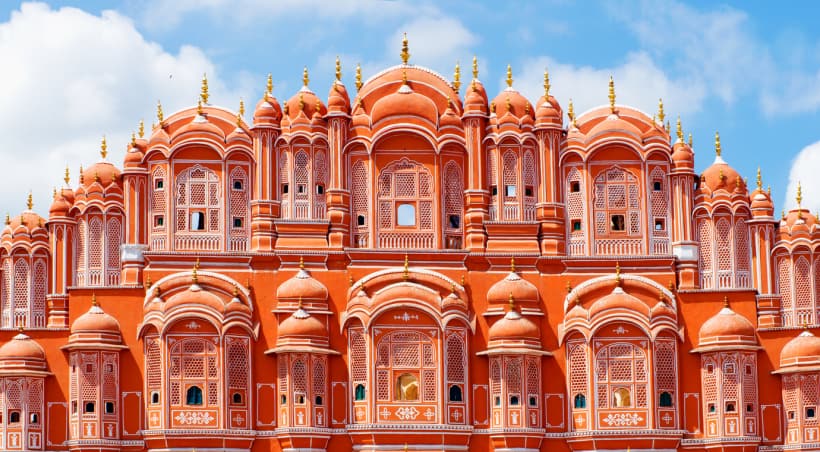 The Vedas contain histories of ordinary people who experienced miracles in their lives by observing Ekadashi. In this article we discuss the glories of Pavitra Ekadashi, otherwise known as Pavitropana Ekadashi. Below we narrate what happened to King Mahijita, the ruler of the Kingdom of Mahismati.

This year Pavitra Ekadashi is observed on August 18, 2021.

A King Without an Heir

King Mahijita was a great and noble king who lived in the Dvapara Yuga, the age before our present age of Kali. His citizens were virtuous and happy, and because they had all the necessities of life, they were loyal to their king, for they saw him as the cause of their good fortune.

King Mahijita, however, was miserable. Although the people of his kingdom praised him, he felt himself to be a complete failure. “Of what use is a king without a son?” he thought to himself. “Who will succeed to the throne when I am gone?”

Aside from the fate of his kingdom, Mahijita also feared for his own future if he were to die without issue. The Vedas explain that a parent is able to attain higher realms within this universe by having children. When the parent dies, the child offers sacrifices to the Lord on behalf of the departed soul, in order to mitigate any karmic reactions the soul might otherwise have to suffer. Without such offerings, departed ancestors must undergo hellish punishment for all the harm they caused to others during their life on earth.

In his attempt to conceive a child, King Mahijita tried every remedy available. He took herbs and medicines. He performed special exercises meant to grant men procreative potency. And he gave great sums of charity to holy sages. However, none of these methods had any effect. With every passing year, the king became more and more hopeless and depressed.

One day, he summoned all of his brahmin ministers into his assembly hall.
“My dear counselors,” the king said, “I beg you to help me. I simply cannot understand why I must suffer in this way. I have granted all protection to my citizens and have provided for them in all respects. I have never violated the codes of conduct for a king in matters of stateship or warfare — not even once. I carefully uphold my religious duties, as enjoined in the Vedic literatures. But in spite of all this, I have been cursed to have no sons. Please tell me why this has happened to me.”

King Mahijita’s voice trailed off as he looked down toward the ground in an attempt to hide the tears that welled in his eyes.

The king’s advisors were silent. They had already consulted among themselves about the king’s problem and had been unable to think of any possible solution. Hesitating, the eldest brahmin priest stepped forward and spoke.

“My king,” he said, “We will do as you ask. Surely the Lord will allow your desire for a son to be fulfilled, for you are a good and noble king. We will leave the palace and travel throughout the forests surrounding your kingdom, seeking the counsel of the various sages who reside there. One of these wise ascetics must know how you can overcome this cursed situation.”

After many days of searching, the brahmin ministers still had not found a sage who was able to supply a cure for King Mahijita’s sonless condition.

“Perhaps it is hopeless,” one priest said to another.

“Yes. Perhaps you’re right. After all, who can overturn the hand of divine providence?” he replied.

But still, as a matter of duty and out of their genuine compassion for the king, the priests carried on in their search.

Finally, they came upon a hermitage that was different from the others. There was no hut, nor any sign of a fire. The area had a neglected look to it, but nonetheless a sage was living there.

The eldest priest stepped forward. “You must be the famous Lomasa Rishi,” he said in awe. “I have heard your glories since the time I was a little child. Due to your spotless execution of mystic yoga and divine austerities, you were granted the benediction of living as long as Lord Brahma himself. With each passing epoch, while others undergo countless cycles of birth, death, and reincarnation, you merely lose a single hair.”

Overwhelmed by a spirit of awe and veneration, the priest temporarily forgot the purpose of his quest, and he desired to render some service for this most distinguished of sages.

“Please,” the priest begged, “let us construct a cottage for you and dig you a well so that you may live more comfortably here.”

Lomasa sighed, “What is the use? Even my life is transient. Like yours it will pass in but a moment of God’s time.”

The assembly of priests eyes’ stretched wide in astonishment at such a statement. How could someone whose life seemed practically immortal from their point of view consider his own lifespan to be so short?

Then, as if reading their thoughts, Lomasa spoke:

“Those who are knowers of truth understand the inherent nature of this material world — it is ephemeral. Nothing built here will last. Therefore they place the whole of their heart and mind in the realm of the eternal, the abode of the Lord, where time as we know it does not exist, and there is only unceasing pleasure.

“If you build me a hut, then soon I will need someone to repair it. Eventually it will fall down, and I will need someone to construct a new one in its place. Why should I bother for such labor and anxiety when the Lord has given me so many trees for shelter? Why should I wander here and there begging for food and cloth when the Lord has given me abundant fruits and roots in this forest, and the skin of deceased deer and bears for my clothing?”

The priests understood by his speech that they were in the presence of a truly holy person, who had factually realized the bliss of transcendence, and who was thus completely disinterested in the comforts of this world. Surely he would know of a way for King Mahijita to fulfill his long-cherished desire for a son.

“My dear sage,” the first priest said, “please help us. We have come to you on behalf of King Mahijita, who is the ruler of this land. Although he has endeavored for many years to conceive a son, he still has no heir. He has tried every remedy known to man. Please tell us how he can overcome this painful situation. And, if you know, please tell us why such a noble king should suffer like this. Do not send us away, for we cannot bear to return to the king with nothing to offer him.”

“Why should you worry?” Lomasa replied, “my only purpose on this earth is to serve kind-hearted souls such as yourselves. Since you have asked, I will tell you what I know.”

As a self-realized sage, Lomasa Rishi was able to access the akashic records that contain all events of past, present, and future. He entered a trance and was able to see exactly what King Mahijita had been in his previous lives, and he could understand why the king was now suffering as a childless ruler.

“Although your king is a noble ruler now, in his previous life he was not so pious. He was a greedy merchant who performed many sinful acts for the sake of increasing his wealth. Once, while traveling, he came upon a lake. Being very thirsty, he practically ran to the water. As he approached the edge of the lake, a mother cow and her calf who were greatly fatigued from the hot sun walked in front of him and bent down to take a drink. Mahijita rudely shoved them out of the way and plunged his face into the water. Because of this offense against this innocent cow and her calf, Mahijita is now unable to conceive a son.

“You see, the cow is our mother. She converts the abundant grasses and other inedible plants into delicious food for our nourishment, just as a human mother converts so many things a baby cannot eat into life-giving mother’s milk. Mahijita’s act of cruelty and selfishness showed great disrespect to his mother in the form of a cow, and as a reaction he is now unable to have a child of his own. However, because he also performed many pious deeds as a merchant, he received the position of a king.”

“But can anything be done to atone for his wrong?” the priests asked.

“Of course,” Lomasa Rishi replied. “Simply observe the upcoming Ekadashi known as Pavitra. Also known as Putrada, or “Son-Giver,” this Ekadashi is sure to grant Mahijita’s wish to conceive a male child. You should all very carefully observe this fast and stay awake throughout the night worshiping the Supreme Lord, Sri Hari. Whatever merit you obtain by this vow, you should dedicate to Mahijita. And he should also keep the same vow and pray for his desire to be fulfilled. In this way, he is sure to have a son in the very near future.”

Elated, the priests thanked the sage and raced back to the kingdom to tell Mahijita the good news and to prepare for the upcoming Ekadashi day.

When Pavitra Ekadashi finally arrived, not only did King Mahijita and his priests observe a strict fast, but the entire kingdom abstained from grains and beans and spent the entire day and night celebrating the Lord in blissful kirtan and public readings of sacred scripture.

This life is temporary. Sage Lomasa viewed his life as temporary even though he had a lifespan that lasted the duration of the universe. He recognized that his happiness would not come from any material objects or circumstances, and instead focused on cultivating internal satisfaction through bhakti-yoga.

Everything happens for a reason. The universe is not chaotic or random. It is based on cosmic laws that operate under the supervision of the Supreme. Whatever karmic reactions we are experiencing today are meant to teach us to be better human beings, and ultimately to attain self-realization.

Pavitra Ekadashi is right around the corner! Don’t miss it. Put it on your calendar, set a phone reminder, tell your friends — whatever you need to do to make sure you invest some time into your spiritual growth on this special day.