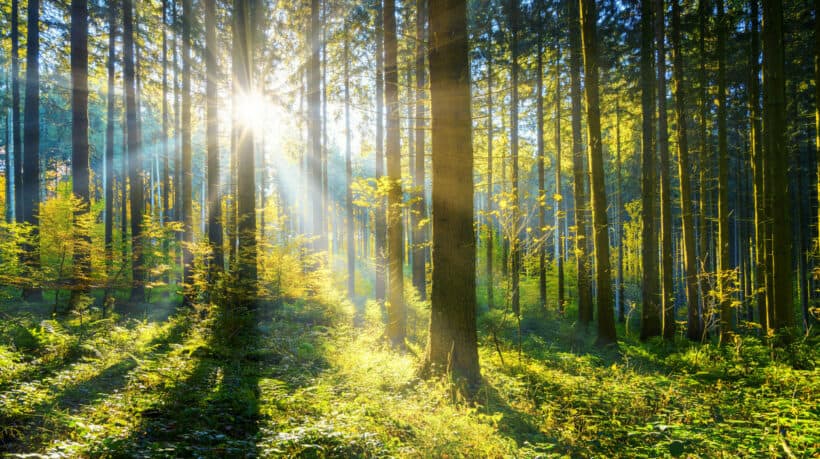 The Vedas contain numerous processes for spiritual elevation, and among them the vow of Ekadashi is one of the most effective. Below we recount a story told by Lord Krishna to King Yudhisthira that reveals the amazing power of Putrada Ekadashi. This year Putrada Ekadashi is observed on January 13, 2022.

A King Without an Heir

Once there was a noble and powerful king named Suketuman, ruler of the kingdom known as Bhadravati. He and his queen, Shaibya, were pious souls who were well-loved by their citizens. However, in spite of many years of attempting to conceive a child, they were unsuccessful.

Many nights the king lay awake thinking to himself: “Without a son, who will continue my dynasty? Who will take over my beloved kingdom of Bhadravati? Who will look after my citizens when I am gone? There must be something I can do to obtain a son, but what?”

As the years passed, King Suketuman lost interest in affairs of state and diplomacy. He and his wife simply moped around their palace feeling great anxiety due to being without a child. One night, Queen Shaibya had a dream in which she saw all her ancestors assembled, towering over her, demanding why she had not yet bore a son. Her ancestors were fearful because soon Shaibya would become too old to birth a child, and this would mean that after Shaibya’s death, there would be no descendant to continue the Vedic process of tarpana, the annual offering for the ancestors. Thus both Shaibya and her husband, as well as all their ancestors, would be forced to take birth again on earth in the form of ghosts.

When Shaibya awoke her face was covered in tears. She continued weeping loudly as she told Suketuman of her dream. Soon his eyes were also wet with tears. He could think of nothing to say. He simply closed his eyes and again became lost in his thoughts: “The Vedas say that a marriage is wasted without children. For a husband and wife who have neither son nor daughter to call their own, even a palatial home is as cheerless as a cave, and their hearts are equally empty. By having children, a married man repays his debt to the forefathers and to the rest of human society. Children are the fruit of one’s piety. When the Lord is pleased, He blesses a person with children, wealth, and good intelligence. But without a child, of what use is my wealth and scriptural knowledge?”

That very day, King Suketuman resolved to give up his life by leaping from the palace walls. However, before long, he realized that suicide would do nothing to improve his situation. Instead, his soul would be transferred to a hellish region where he would be forced to endure unimaginable suffering, and it would be a long time before he would again receive a human birth.

Finally, he decided to leave the kingdom for good. Without informing anyone, even his wife, Suketuman rode out of the kingdom into the surrounding forest, where he saw many varieties of flora and fauna. Even the shrubs, fruit trees, and flowering vines, and the deer, wild boar, and monkeys reminded him of his lack of progeny. Here in the wilderness, species of all kinds were successfully reproducing. “Why am I so unfortunate?” he wondered. “What sin have I committed?”

The Wisdom of the Sages

After hours of aimless wandering, King Suketuman entered a clearing where there was a large, serene pond filled with blooming lotus flowers, brightly colored fish, regal swans, families of ducks, and other varieties of aquatic life. Surrounding the pond were a number of hermitages inhabited by forest-dwelling sages, ascetics who had renounced society in order to pursue a simple, humble life of God-realization. Seeing the king fatigued and visibly distressed, several of the sages came to greet him.

“O King!” the eldest sage said, “Tell us, what has brought us to our secluded hermitage? Are you lost? By the look of your face, you are grieving some great calamity. What is it that you desire? How may we serve you?”

“Dear sages,” the king replied, “for more than a decade I have endeavored to have a child, and yet my wife and I are still without an heir. What can I do? Is there some means by which I can obtain a son who will inherit my kingdom?”

The eldest sage smiled and spoke, “Why, yes. In fact, in just a few days we will all observe the sacred day of Putrada Ekadashi. This Ekadashi is famous for fulfilling one’s material desires, especially the desire for a son, or putra. If you observe a complete fast on this day, spending all your time in prayer, meditation, and worship of the Lord, then surely He will grant your request. After all, having a son is not a very great thing. All species of life reproduce. Why should the Lord not allow you to do so as well?”

When he heard this, the king was overjoyed. Immediately he began making preparations for the upcoming Ekadashi day. When the day finally arrived, King Suketuman observed a full fast and spent the day hearing and chanting the glories of Lord Krishna in the company of the other sages of the forest hermitage.

The next day, Suketuman began the return trip to his palace, and when he arrived there he found his wife fraught with worry for his welfare and elated to see him. That very month, Queen Shaibya became pregnant, just as the sages had promised she would. The king and queen both cried from joy. At long last, their desire for a child was coming to fruition.

In due time, a son was born, and as the years passed he grew into a valiant and virtuous prince. When it was finally time for Suketuman to relinquish the throne, his son ascended to kingship, and he justly ruled over his citizens, with the same affectionate care as his father before him.

Suicide never helps. The Vedas teach that consciousness is eternal. When we leave our present body, our soul is transferred to a new bodily circumstance that better suits our karmic situation. Our present human form of life is a valuable opportunity to make spiritual progress. Suicide is like throwing away a winning lottery ticket. No matter how bleak life may appear, there is always something we can do to better ourselves.

The power of perseverance. King Suketuman had tried everything he could possibly think of in order to have a child, but to no avail. Finally, completely desperate, he abandoned his kingdom and wandered the forest, feeling defeated and forlorn. Still, he never gave up hope, and he continued praying for some solution to his problem. This hopefulness eventually led him to the sages’ hermitage where he was finally blessed with the means by which to achieve his heart’s desire. This shows the power of persevering, against all odds, and remaining fixed in determination to somehow or other obtain the goal you seek. Eventually, either in this life or the next, Krishna will surely fulfill your desire, especially when you take help from spiritual methods like chanting the Hare Krishna mantra, fasting on Ekadashi, and so on.