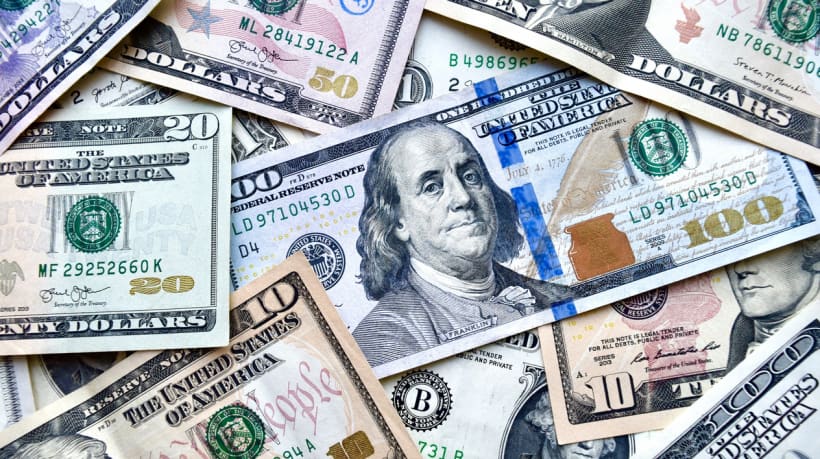 Charity holds a sacred position in the Vedas as one out of three practices which are never to be discontinued. As part of a yoga path, charity helps free us from karma and reincarnation. This article lists four benefits of charity, and highlights the giving of food as a key charitable practice.

Before listing reasons why to give charity, it should be mentioned who’s charity is needed most. In a bleak vision of the future foretold by the seer sage Markandeya, charity has been abandoned worldwide:

When this period, known as kali-yuga is about to end, an all-consuming fire will burn all around. Weary travellers will not receive even food, water or shelter; and, being refused from all sides, they will be seen lying around on the roads.
(Excerpt from 79-80 of the above-quoted section)

The harsh circumstances mentioned here are not byproducts of ordinary citizens’ lack of charity, but of a systematic failure on the part of the government leaders who are supposed to protect their people. Therefore the leaders are singled out by the Vedas to give in charity:

Leaders must protect the wealth of the old, young, the blind, and the poor, and must not take away anything from the cultivators whose crops are grown on waters from wells that they have dug with their own effort.

The wealth that is taken from the poor destroys the prosperity of the leader and of the country. Therefore, instead of depriving the poor, offer them great comfort and gratification, and relieve the people of all fear of hunger.

When young children eagerly look on at the delicious meals of others, and are not offered the same food with a mandate of care, what greater evil can there be?
(Mahabharata 13.96.27-30)

In the spirit of democracy, the more we prioritize charity, the more we should be able to influence our leaders to do so as well. It follows that we each have a personal power and responsibility to give in charity.

2. Reaching (or Exceeding) Our Personal Best

90 years ago, Chicago mob boss Al Capone started a soup kitchen which served thousands of meals to the needy. In Bhagavad-gita, too, we hear that even demons enjoy giving in charity, regardless of their less-than-divine motives. If they can do it, what’s our excuse?

Regardless of what we give — food, money, volunteer time, et cetera — the most important factor is the love behind the gesture. Four particular offerings are pointed to in Srimad-Bhagavatam 10.22.35 to give support to those in need:

Even up to the point when we’ve attained life’s goal, as long as we have a body, we should constantly promote the welfare of all others, who are embodied like we are, through our:

Starting with the first option, and moving down the list, the level of commitment gets smaller. The smallest and final offering, lip service, is included as a charitable option that anyone can afford to give. With self-reflection, charity can help us meet and expand our giving potential.

Of course, charity is most commonly associated with wealth. Wealth can include money, land, and so many other resources. As mentioned earlier, the Vedas underscore the importance of giving food in charity. One example of this is in the Taittiriya Upanishad 3.10:

Do not turn away anyone who comes seeking your hospitality. This is the vow to take. Therefore, obtain a great amount of food (annam) by any appropriate means. Welcome everyone with the announcement that the food is ready.

The word annam, or food, specifically refers to rice or other grains. This word illustrates the category of foods which can be offered without harming innocent creatures. While plants are also living, choosing vegetarian options conforms to the principle of causing minimal pain.

Another form of wealth is knowledge. If we have knowledge, helping to educate the needy is a powerful way to offer charity. Indeed, giving knowledge is paradoxically essential to keeping it.

A wise person (brahmana) is peaceful and impartial to everyone, yet he or she still won’t neglect the needy. By such neglect, the brahmana’s spiritual power diminishes, just as water kept in a cracked pot leaks out.
(Srimad-Bhagavatam 4.14.41)

The word sama-drik in this verse means equal vision. Giving knowledge in charity can disrupt stereotypes of wealth. Even billionaires benefit from knowledge, and a poor but wise person can become their donor. Some of these sages take vows of poverty because money isn’t everything.

A 2016 study of charitable giving found that certain people were less likely to give charity to minorities because they feared that it might lead to “immigrants taking their jobs”. This fear of those perceived to be different and threatening arises from a lack of spiritual understanding:

Bhaya, or fear, arises when we misidentify with the material body due to absorption in something other than the Absolute Truth. In turning away from God, there is forgetfulness of the true self.
(Excerpt from Srimad-Bhagavatam 11.2.37)

Charity helps us recognize the spiritual equality of all beings. By extending ourselves in service to others, we can empathize with them. This empathy inspires practicing yogis to see how we’re all spiritually equal, regardless of our bodily and ideological differences:

Arjuna, a perfect yogi, by comparison to his or her own self, sees the true equality of all beings, in both their happiness and their distress!
(Bhagavad-gita 6.32)

Such understanding of our spiritual nature frees us from karma and reincarnation.

By working in spiritual intelligence, the wise free themselves from the results of work (karma) in the material world. In this way they become free from the cycle of birth and death and attain the state beyond all miseries.
(Bhagavad-gita 2.51)

The Spirit of Giving

We all benefit from the help we’ve received at one time or another, and charity helps us pass on those benefits to others with a gracious heart. The joy and gratitude we can feel by giving happiness to others is beautifully expressed in the song “Given To”, by Ruth Bebermeyer:

I never feel more given to
than when you take from me —
when you understand the joy I feel
giving to you.

And you know my giving isn’t done
to put you in my debt,
but because I want to live the love
I feel for you.

To receive with grace
may be the greatest giving.
There’s no way I can separate
the two.

When you give to me,
I give you my receiving.
When you take from me I feel so
given to.