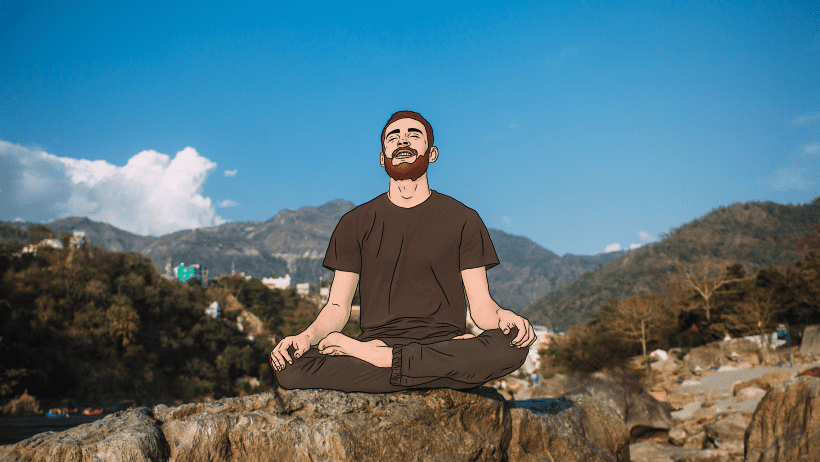 Vedic meditation is a calm state of mind, arrived at by mindfulness. The practice of meditation is at once ancient and contemporary, local and worldwide. Whether you need peace of mind, or the mental power to sustain a calm, assertive energy, a combination of meditation and activity done with a mindful attitude can take you there.

A Brief History of Meditation in the Ancient World

According to some scholars, the earliest records of meditation come from Indian texts dating around 1,500 B.C. However, the Vedic texts of India claim that meditation has been going on since the dawn of humankind.

In addition to India, many other ancient cultures viewed meditation as a powerful vehicle for spiritual development:

Egypt: In his book, Symbol & Magic in Ancient Egyptian Art, Egyptologist Dr. Richard Wilkinson explains that much of ancient Egyptian culture involved harmonizing the duality inherent in nature. This type of balancing is a key feature of meditative practices.

In addition, some have linked the Uraeus, the serpent crown worn by pharaohs as a symbol of divine authority, with the opening of the third eye and the awakening of the Kundalini.

China and Southeast Asia: The Tao Te Ching by Lao-tzu, written around 500 B.C.E, is one of the oldest treatises on a type of secular mindfulness. After the turn of the century, Buddhism expanded beyond the borders of India, bringing its powerful set of teachings and practices into China and the rest of Asia.

The Middle East: In Christianity, both Jesus Christ and the Apostle Paul spent an extended period of meditative isolation in the desert before beginning their ministry. Following in their footsteps, around 200-300 C.E. the Desert Fathers of Egypt became some of the first Christian monastics. They lived like hermits and spent nearly all of their time absorbed in spiritual contemplation.

The Meditteranean: Ancient Greek philosophers such as Philo of Alexandria and Plotinus wrote on the practice of meditation as a kind of mental and spiritual exercise.

The practice of meditation is becoming increasingly popular in the United States. According to a recent study from the Center for Disease Control and Prevention (CDC), approximately 14.2% of all American adults mediated in 2017. That’s about 46 million people, or more than the entire state of California. Just five years earlier, in 2012, only 12.8 million people were meditating.

What’s behind the rising interest in meditation? Here are a few of the major factors:

Aside from the sociological factors, many people are meditating because it offers so many physical, emotional, and spiritual benefits. These are some of the ones that stand out:

With all the above benefits, it’s not a surprise meditation is one of the fastest-growing health trends in the world.

How to Get Started

Ready to give meditation a try? Follow these steps to get started and experience the power of meditation for yourself:

Having difficulty making time for meditation? Check out this article to get tips on how to make meditating a part of your daily life.

Or you can try starting a meditation journal to help track your progress and record your experiences.