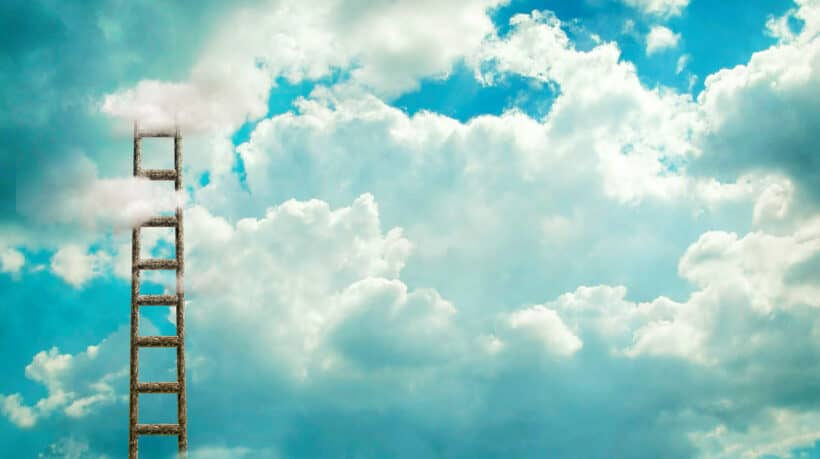 Yoga and religion are synonymous. Both terms indicate a process meant to bring the practitioner into direct contact with the Supreme Being. In this article, we discuss the various grades of yoga practice which a progressive yogi passes through in order to attain the pinnacle of yoga: Krishna-bhakti.

The True Aim of Yoga

Yoga and religion are synonymous. Both terms indicate a process meant to bring the practitioner into direct contact with the Supreme Being. Unfortunately, most modern yoga studios fail to emphasize this point. Actually the physical body is a vehicle for self-realization, and one should use his rare human life to cultivate Krishna consciousness and free himself from the miserable existence of sense gratification. Anyone can do it by the simple method of chanting Hare Krishna and acting for the pleasure of the Supreme in everything he does. No previous qualification is necessary. The only price is to place faith in a positive alternative to the monotonous life of “eat, drink, and be merry,” and to sincerely take up the practice of bhakti-yoga, or devotional service to the Supreme Person, Krishna.

The process of yoga is something like a ladder. As a yogi’s consciousness develops, he transitions from one type of yoga to the next, until he finally reaches the stage of bhakti, the summit of yoga practice. In the Bhagavad-gita, Krishna says:

“And of all yogīs, the one with great faith who always abides in Me, thinks of Me within himself and renders transcendental loving service to Me – he is the most intimately united with Me in yoga and is the highest of all. That is My opinion.” (Bhagavad-gita 6.47)

Karma-yoga: Yoga of the Body

Only those who seek happiness beyond the temporary comforts of material life take up yoga practice seriously. Thus even situations that provoke anxiety or depression can be a type of yoga if through such hardship one turns toward the Lord. When a person recognizes that his happiness in life is the mercy of some higher power, he naturally reciprocates by offering his wealth, time, or other assets to the worship of that Supreme Person. This is called karma-yoga, or connecting to the Absolute Truth by sacrificing the fruits of one’s activity. Because karma-yoga always involves physical work, it can also be thought of as yoga of the body.

Jñāna-yoga: Yoga of the Mind

An experienced karma-yogi eventually realizes that spiritual knowledge cannot be acquired through material activity alone. Through sacrifice of his material assets, in the form of charity, volunteering, etc., one’s intelligence is gradually purified of the false sense of proprietorship, and his consciousness expands. When he perceives the fundamental unity of all beings, he is able to understand his own spiritual existence. The seeker of truth then advances to the practice of jñāna, or theoretical study in pursuit of the Absolute Truth. Because jñāna-yoga always involves mental effort, it can also be thought of as yoga of the mind.

Renouncing all social obligations, the jñāna-yogi immerses himself in study of the portions of the Vedas which describe the Absolute Truth, particularly the Upanishads. Neglecting the maintenance of his body, he undergoes severe austerity and subjects himself to all kinds of material discomfort. After many, many lifetimes of such practice, the yogi discovers that God is transcendental to all mundane logic and reason, and he realizes Brahman, the all-pervading, impersonal aspect of the Absolute Truth.

Aṣṭāṅga-yoga: Yoga of the Intellect

When the yogi realizes the limitations of physical work in pursuit of self-realization, he takes up the path of knowledge. Similarly, when he realizes the limitation of knowledge, he takes up the path of mystic meditation, also known as aṣṭāṅga-yoga, or the eightfold path of contemplation of the Absolute. Because this path requires a discriminating mind, rejecting all mental content and directly contemplating the Self alone, it can also be called the yoga of the intellect. The Yoga-sutras of Pantanjali describe the eight parts of aṣṭāṅga-yoga as follows:

1-2) Yama & Niyama – the prescriptions and prohibitions which regulate the yogi’s diet and lifestyle.
3-4) Asana & Pranayama – the physical postures and breathing practices which allow one to rein in the wayward mind.
5) Pratyahara – having controlled the mind, one withdraws his senses from their objects and directs his attention inward.
6-7) Dharana & Dhyana – these are progressive stages of meditation, increasing in intensity and duration.
8) Samadhi – this is the culmination of ashtanga practice: full absorption in the Paramatma, or the Supersoul, the localized form of the Supreme, Who resides in the heart of all beings and also within each individual atom.

Thus the yogi’s realization of the all-pervading Brahman matures into knowledge of the localized feature of the Absolute Truth, the Paramatma, Who directly controls all movement in the universe. Such an elevated soul has no enemy. Seeing beyond the physical covering of the body, he knows all to be his spiritual family.

Buddhi-yoga: Yoga of the Soul

When the aṣṭāṅga-yogi attains the great fortune of hearing about the Supreme Person from the Vedas or from one of Krishna’s authorized representatives, the yogi accepts the position of a servant of God. He seeks out a qualified guru and submits himself as a disciple at the feet of that great master. This is the first step in buddhi-yoga, the doorway to bhakti. Buddhi means intelligence, the capacity to discriminate. Because buddhi-yoga relies on knowledge of oneself as a spiritual being and a servant of the Supreme, it can also be called the yoga of the soul.

The perfection of yoga is to offer in service to God all one’s facilities, namely wealth, words, intelligence, and even one’s very life. This stage of full surrender, a union of love with the Divinity, is actually known as bhakti-yoga, the yoga of loving devotion. However, as with any technique, the art of divine service requires cultivation. Therefore, the intelligent and progressive yogi places himself in the care of an expert devotee of the Lord, who acts as a spiritual trainer. The guru then guides his disciple with relevant instruction, encouraging him further along as he develops his relationship with Krishna. Acting according to the direction of the spiritual master for the purpose of nurturing one’s devotion is the essence of buddhi-yoga. Once the practitioner’s dormant love of God is fully revived, he enters into the realm of bhakti.

Bhakti-yoga: Yoga of the Heart

Bhakti-yoga constitutes the topmost perfection of the soul. When the yogi’s loving sentiments fully ripen, Krishna reveals Himself in full to His affectionate devotee. This is the stage of Bhagavan realization, the third and final aspect of the Absolute Truth. By direct perception the devotee knows the personal, all-attractive feature of the Supreme, with whom he has an eternal relationship. Just as one emerges from a dream and immediately remembers his identity and activities of waking life, the devotee regains consciousness of his spiritual identity and resumes his position as a devoted servant of God. Having attained this state of unconditional loving consciousness, one is relieved of all varieties of unwelcome anxiety and suffering, and he never again falls under the influence of false ego, the illusory, material consciousness that forces one to permanently identify with his physical body and mind.

Those who have the great fortune of hearing about bhakti-yoga from a self-realized devotee need not waste time pursuing the lesser forms of yoga. By hearing with faith from a qualified spiritual master, anyone can immediately be elevated to the practice of bhakti-yoga, thus saving himself countless lifetimes of arduous practices of karma, jnana, and mystic meditation. Krishna confirms this in the Bhagavad-gita:

“A person who accepts the path of devotional service is not bereft of the results derived from studying the Vedas, performing sacriﬁces, undergoing austerities, giving charity or pursuing philosophical and fruitive activities. Simply by performing devotional service, he attains all these, and at the end he reaches the supreme eternal abode.”

Learn more: To learn more about these topics, you can read the following verses from the Bhagavad-gita: