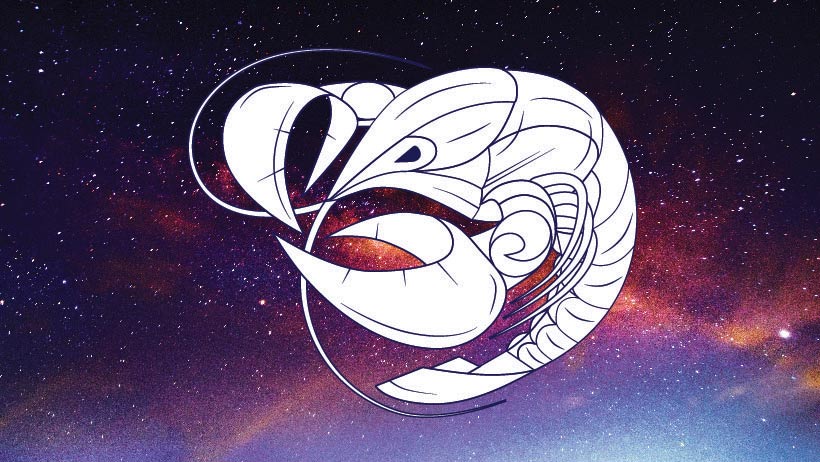 Cancer is the fourth sign of the zodiac. It is also known as the sign of the crab. If Cancer is your lunar sign, then this guide is for you. The horoscope presented here is based on the ancient science of Vedic astrology, also known as the Sidereal or star-based system of astrology. It is a moon-based approach rather than the sun-based approach common to western astrology. In this article, you’ll learn all about your strengths, weaknesses, compatibility, ideal careers, and more.

Cancer is known as कर्कट (karkata) in Sanskrit, or “crab.” Each sign of the zodiac is characterized by certain basic traits. This includes Symbol, Planetary Ruler, Element, Nature, and Gender. The general make-up of the Cancer sign is below:

Sign of the Crab. Cancerians are resilient, emotionally defensive, and progress through numerous different phases in life.

Ruled by the Moon. The Moon is the planet of the mind, motherhood, emotions, beauty, and water. Lunar individuals are creative and nurturing.

A water sign. Those with a Cancer moon are perceptive, artistic, and sentimental.

The moon is the planet of mental activity. His influence makes Cancer-natives contemplative souls with a wisdom beyond their years. You are perceptive and intuitive, and you possess a heightened ability to read people. Your memory is above average as well.

As the moon casts a gentle glow on the earth, you have a calming aura. Others feel secure and comforted by your presence. You are a soft-hearted person, and you are sensitive to the thoughts and feelings of others.

Those born under the sign of the crab choose their words carefully, preferring to communicate through subtle means rather than in a direct or forceful manner. For this reason, you are fond of poetry and other types of creative self-expression. When something grabs your interest, you pursue it with determined focus, undeterred by whatever obstacles might arise. As crabs inhabit both land and water, you are an adaptable person who can thrive in a variety of circumstances.

You have an active imagination and can learn new things quickly. However, you may have a hard time bringing your ideas down to earth and making them a reality.

Cancer-natives are expressive individuals who can excel in professions that utilize their natural creativity. As the moon moves through its phases of waxing and waning, you will see sharp rises and falls in your career. It is important to set aside savings in times of good fortune so that you can live comfortably during periods of decline.

Careers to avoid: You should avoid careers that require detachment or harshness. For example, butchers, executioners, judges, prison personnel, or military strategists.

Cancerians are subtle people who often pick up on the thoughts and emotions of others. However, they can also be overly sensitive and too easily influenced by those around them. You are mild-mannered, non-confrontational, and somewhat timid. Like water, you prefer to take the path of least resistance, even if it means putting up with unpleasant circumstances for a long time.

Your active mind can sometimes lead you into periods of moodiness and depression. You may find yourself brooding over the past or scheming for the future without taking much practical action to better your situation. You are also prone to drama and over-reaction.

In the same way that the moon goes through its phases, you may experience period mood-swings in life. Maintaining a regular spiritual practice, involving prayer, meditation, scriptural study, or yoga can be a powerful resource for remaining peaceful even in turbulent circumstances.

Cancer-natives are devoted to mother and father and make excellent friends. They enjoy traveling and new experiences, but are somewhat passive toward life. This may make it difficult to adjust to new locations as it will take time to develop close relationships.

Though you aren’t the popular type, you are fortunate to have good friends who genuinely appreciate you and your talents.

Children of the lunar sign are affectionate and dutiful toward their parents, and take after them in many ways. As parents, Cancer-natives can be somewhat overbearing toward their children. Their tendency to worry will likely be perceived as irritating when children reach the young adult phase.

Cancerians take their romantic life seriously—sometimes too much so. You have a sensitive heart. and may unknowingly set yourself up for disappointment if you attempt to give it to the wrong person. However, when feelings of love are mutual, and you and your partner are highly compatible, you can be a thoughtful and dedicated spouse.

Nonetheless, there are general patterns of compatibility across signs. These signs are usually a good match for Cancer:

For Cancer-natives, the periods of sade sati are as follows: