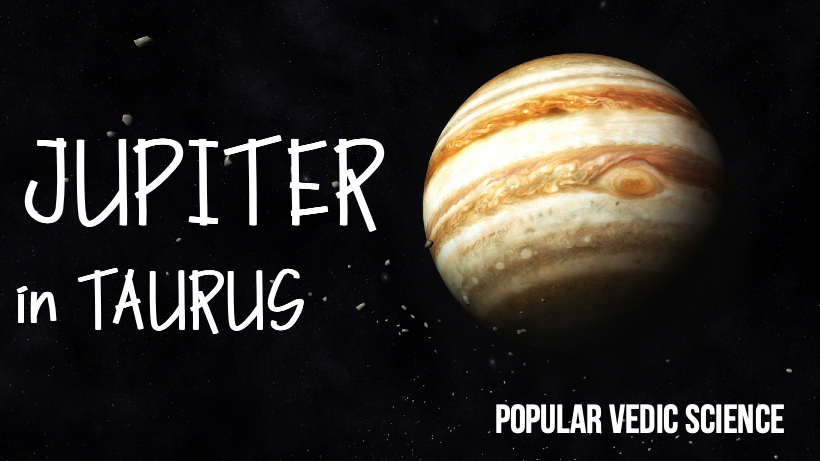 Taurus is the second sign of the zodiac. In Vedic astrology, Taurus is known by the Sanskrit name vrishabha, or “the bull.” The sign of Taurus possesses a loyal, thoughtful, and artistic nature. Taurus is a sign of sensuality. In an astrological chart, it indicates areas where you are lavish and methodical in your efforts.

Ruled by Venus. Venus is known as the planet of music, fine food, and the arts. He brings a sensual and indulgent energy to the house he inhabits.
An earth sign. Taurus is grounded, thoughtful, and practical.
A fixed sign. Taurus is steady, predictable, and slow to change.
A feminine sign. Taurus is receptive, sensitive, and empathetic.

Taurus influences its planetary lord in the following areas:

Traits of Jupiter in Taurus

The influence of Jupiter in a birth chart will change depending on which house it is located in, its relative position in relation to other planets, as well as other factors. However, the following general traits are likely to be found in a native who has Jupiter in Taurus:

You are physically attractive. Ruled by Venus, Taurus is a sensual sign that often blesses the native with good looks and an astute fashion sense. You enjoy beauty in all things, and you are particularly fond of romance and sexual pursuits.

You are discerning. You have a balanced and informed outlook on life. You are careful to weigh your diverse experiences before taking new steps forward. You do not like to waste resources, and you are careful to invest your hard-earned money wisely.

You’re a loyal friend. You stand by your friends and family even in times of great difficulty. You enjoy giving to others, and your charitable nature wins you many admirers.

You live the good life. You are a sensualist in every sense of the term. You are a fashionable dresser, and your home is nicely decorated. You enjoy good food and the company of intelligent, artistic, and influential people.

You are sometimes lazy. You may shy away from challenges, and you may not give much effort to self-improvement. You prefer to follow the path of least resistance. However, this may lead to frustration later in life, as well as a sense of jealousy of those who are better off than you.

Jupiter in Taurus in the 12 Houses

The first house indicates physique and self-expression. You will have a fortunate life. You are physically attractive, successful in your professional life, and financially well-off. You have a good reputation in your social circle.

The second house indicates wealth and cultural traditions. You have a deep, soothing voice, and you are a talented singer. You are better off financially than your peers.

The third house indicates siblings, courage, and literary works. You are a skilled writer and poet. You have a knack for rhetoric and you are able to easily win others to your point of view.

The fourth house indicates one’s mother, home, and basic beliefs. This is a very good position for Jupiter. Overall you are happy and fulfilled, though you may be a bit too materialistic in your approach to life. You are fortunate in family affairs, including marriage. You are likely to possess above-average wealth.

The fifth house indicates children, creative works, and overall success. You are likely to have a male child. You may gain wealth from investments and other long-term business ventures.

The sixth house indicates debt, disease, and service. You can do well in a wide variety of occupations. You may struggle financially, and you may suffer from addiction.

The seventh house indicates the spouse, marital happiness, and sexual desire. You are generous with friends, family, and loved ones. You will earn good money throughout life, and you are overall quite fortunate. You get along well with others.

The eighth house indicates death, calamities, and interest in the occult. You may keep many secrets, and you may nurture hidden desires or aspirations. You may gain from your spouse or partner. You have an active interest in spirituality and paranormal phenomena.

The ninth house indicates religion and morality. You excel in the performing arts and other creative pursuits. You are a virtuous person and you strive to give back to society with your work.

The tenth house indicates one’s father, career, and reputation. You are professionally successful and may be a leader in your field. You may lead a public life and be a person of social or political importance.

The eleventh house indicates gains, aspirations, and friendships. You may benefit from elder siblings, relatives, or friends. You are highly intelligent, but you may look down on others.

The twelfth house indicates losses, misfortune, and liberation. You are attracted to transcendental values. However, you may struggle with an internal conflict between your morality and your selfish desires.

Famous People with Jupiter in Taurus