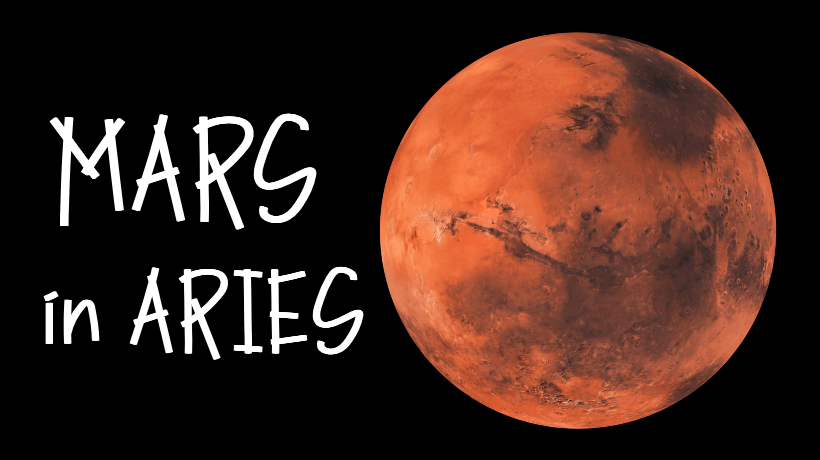 Aries is the first sign of the zodiac. In Vedic astrology, Aries is known by the Sanskrit name mesha, or “the ram.” The sign of Aries possesses a friendly, hard-working, and passionate nature. Aries is a sign of leadership. In an astrological chart, it represents areas where you are pioneering and confident in your efforts.

Ruled by Mars. Mars is known as the planet of vitality, courage, and competition. He brings a fiery and fearsome energy to the house he inhabits.
A fire sign. Aries is temperamental, passionate, and energetic.
A movable sign. Aries is fluid, spontaneous, and fond of change.
A masculine sign. Aries is aggressive, bold, and thick-skinned.

Aries influences its planetary lord in the following areas:

Traits of Mars in Aries

The influence of Mars in a birth chart will change depending on which house it is located in, its relative position in relation to other planets, as well as other factors. However, the following general traits are likely to be found in a native who has Mars in Aries:

You enjoy competitions. You have an aggressive side, and you love to express it in competitive environments. You always strive to win, especially win your reputation is on the line. For these reasons, you can excel in debate and competitive sports.

You are a natural leader. You are daring and courageous, and you always put tremendous energy into your undertakings. This makes you a valuable leader for any organization. You know how to find reserves of energy and inspire others to give all they can to a project. Your charisma and enthusiasm inspires others.

You speak the truth. You are a straightforward person. You rarely shy away from speaking your mind, even if it might get you into trouble. You stand by your values and strive to live with integrity. These qualities also make you a strong leader of others.

You can succeed in trade and business. You are an intelligent person who is not afraid to take risks. You know how to manage finances in such a way that you always have more money coming in than going out. These traits make you an ideal businessperson. If you don’t wish to run your own business, you could become a lead person at a company.

You may be self-indulgent. Although you have many good qualities, one of your weaknesses is that you may indulge in bad habits, such as gambling or intoxication. Be careful not to let your vices rule your life.

Mars in Aries in the 12 Houses