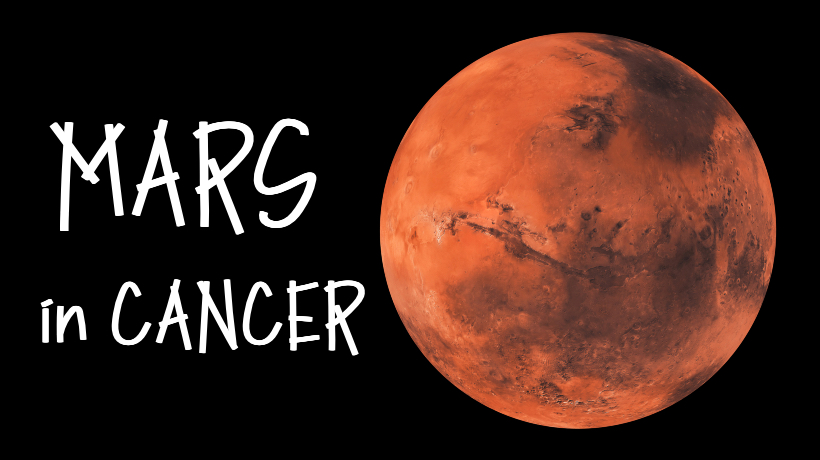 Cancer is the fourth sign of the zodiac. In Vedic astrology, Cancer is known by the Sanskrit name karkata, or “the crab.” The sign of Cancer possesses a resilient, compassionate, and creative nature. Cancer is a sign of emotion. In an astrological chart, it indicates areas where you are sentimental and nurturing in your efforts.

Ruled by the Moon. The moon is known as the planet of the mind, emotions, and creativity. He brings a sensitive and oscillating energy to the house he inhabits.
A water sign. Cancer is perceptive, artistic, and sentimental.
A movable sign. Capricorn is fluid, spontaneous, and fond of change.
A feminine sign. Capricorn is receptive, sensitive, and empathetic.

Cancer influences its planetary lord in the following areas:

Traits of Mars in Cancer

The influence of Mars in a birth chart will change depending on which house it is located in, its relative position in relation to other planets, as well as other factors. However, the following general traits are likely to be found in a native who has Mars in Cancer:

You are very intelligent. You have an active and agile mind, and you are very talented in problem-solving and performing any intellectual task. You have a knack for strategy and can make a successful career as an analyst, consultant, or researcher.

You are financially well-off. You are fortunate in your professional life and you are able to make good money. You will always have the basic comforts of life, and you are likely to belong to the upper-middle class or upper class of society.

You have a soft heart. You are a compassionate person and you do not like to see others suffer. You also do not like to be aggressive with others, and this may make you vulnerable to exploitation by those who do not have your best interest in mind.

You may suffer from some chronic illness. Mars, the planet of vitality, has come to the sign of Cancer, which is a water sign ruled by the Moon. Your digestion is weak and you may struggle with a recurring illness, likely related to your stomach.

You are a grateful person. You appreciate what others do for you, and you always strive to repay their kindnesses by doing favors in return. You tend to see the good in others rather than focusing on their faults. This trait makes you a natural philanthropist, and you can even take up a spiritual path and become an enlightened person if you make earnest efforts in this area.

Mars in Cancer in the 12 Houses