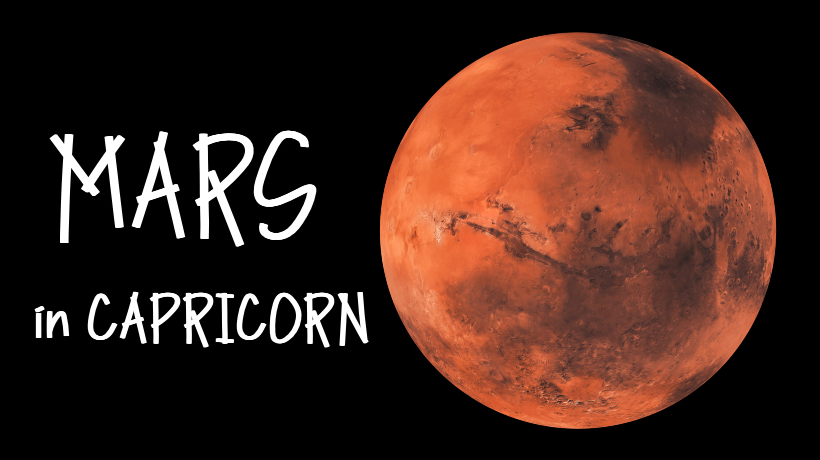 Capricorn is the tenth sign of the Zodiac. In Vedic astrology, Capricorn is known by the Sanskrit name makara, or “the sea monster.” The sign of Capricron possesses a clever, sensible, and dependable nature. Capricorn is a sign of discipline. In an astrological chart, it indicates areas where you are deliberate and philosophical in your efforts.

Capricorn influences its planetary lord in the following areas:

Traits of Mars in Capricorn

The influence of Mars in a birth chart will change depending on which house it is located in, its relative position in relation to other planets, as well as other factors. However, the following general traits are likely to be found in a native who has Mars in Capricorn:

You are wise. Mars is at his strongest in the sign of Capricorn, ruled by Saturn. You are a natural philosopher. You understand that actions have consequences, and you strive to live an ethical and upright life, minimizing the harm you cause others, and maximizing the good you do in the world.

You are influential in society. You are admired for your wisdom and kind-heartedness. You wish to leave a positive impact on the world. You recognize that we all have a responsibility to help better humankind, and all species, since this planet Earth is our shared home. Somehow or other, you will leave your mark on the world.

You have plenty of wealth. You are a fortunate and hard-working person, and you never have a hard time making sufficient money to realize your ambitions and desires. You will be able to earn well and you will also give in charity to causes that are dear to you.

You come from a good family. You likely come from a rich or influential family. Or perhaps your parents are professors, teachers, or public servants. You have respect for your ancestors and you try to give your children the same kinds of good opportunities that you had growing up.

You can succeed in whatever you wish to do. Because you are intelligent, disciplined, and driven in your activities, you are able to succeed in almost anything — whether it’s learning a new skill or completing a challenging project. Just be careful not to allow yourself to become proud. Serving others and practicing bhakti-yoga will help you remain humble and selfless.

Mars in Capricorn in the 12 Houses