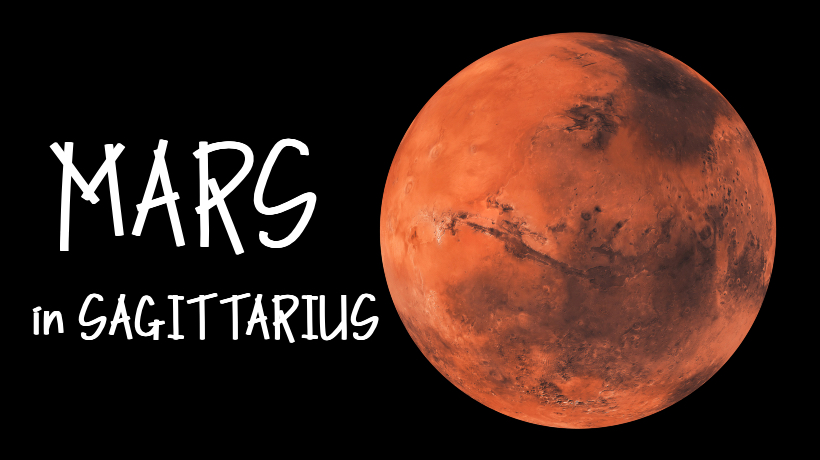 Sagittarius is the ninth sign of the zodiac. In Vedic astrology, Aquarius is known by the Sanskrit name dhanus, or “the archer.” The sign of Sagittarius possesses a righteous, noble, and passionate nature. Sagittarius is a sign of good fortune. In an astrological chart, it indicates areas where you are religious and devoted in your efforts.

Traits of Mars in Sagittarius

The influence of Mars in a birth chart will change depending on which house it is located in, its relative position in relation to other planets, as well as other factors. However, the following general traits are likely to be found in a native who Mars in Sagittarius:

You are fearless. You are a natural risk-taker, and you never shy away from a challenge. You may even go out of your way to seek some dangerous thrill. Be careful not to make rash decisions and thus jeopardize your life or something else of great value. You can use your fearlessness in public service, such as serving as a fire-fighter or police officer.

You are a skilled fighter. You are always ready to stand up for what you believe in. You do not back down from a fight. Instead, competition brings out the best in you. You are a natural fighter and you can win in many different kinds of combat — physical, verbal, intellectual, etc.

You may become famous. You are a charismatic and attractive person, and these qualities gain you much admiration from your peers. Others see you as a visionary and a pioneer. You may gain recognition from your work and other contributions to society.

You are likely to rise to a high position in life. You can become a successful businessperson or leader in an organization or even in the government. You are passionate, strong, determined, and enthusiastic. Other people are attracted to you for these good qualities, and they will readily follow your lead.

Mars in Sagittarius in the 12 Houses