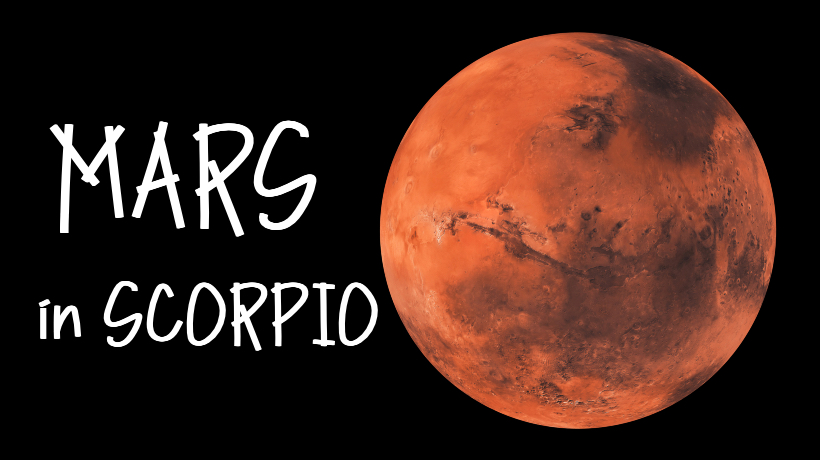 Scorpio is the eighth sign of the zodiac. In Vedic astrology, Scorpio is known by the Sanskrit name vrishcika, or “the scorpion.” The sign of Scorpio possesses a piercing, intense, and mysterious nature. Scorpio is a sign of hidden power. In an astrological chart, it indicates areas where you are harsh and secretive in your efforts.

Ruled by Mars. Mars is known as the planet of vitality, courage, and competition. He brings a fiery and fearsome energy to the house he inhabits.
A water sign. Scorpio is perceptive, artistic, and sentimental.
A fixed sign. Scorpio is steady, predictable, and slow to change.
A feminine sign. Scorpio is receptive, sensitive, and empathetic.

Scorpio influences its planetary lord in the following areas:

Traits of Mars in Scorpio

The influence of Mars in a birth chart will change depending on which house it is located in, its relative position in relation to other planets, as well as other factors. However, the following general traits are likely to be found in a native who has Mars in Scorpio:

You are wealthy. You make good money. Your work ethic and charisma makes you a valuable team leader, and you are able to gain ample compensation for your time. You like to earn money, and you are very motivated by material success and recognition.

You may regularly indulge in your lower nature. Watch out for the tendency to indulge in activities that you know are unhealthy — this might be drinking, smoking, or even worse forms of recreational substance use. You like to break the rules, and this trait will inevitably cause you more harm than good in the long run.

You may have a position in the government. You are a politically-minded person and you like to campaign for causes that are important in the world. You can gain respect and admiration among your social circles. You may occupy a position in local or state government.

You like to fight. You are a competitive person and you love nothing more than winning a fight. You can leverage this quality to succeed in almost any area you choose to focus on, whether personal growth or a public project.

Mars in Scorpio in the 12 Houses