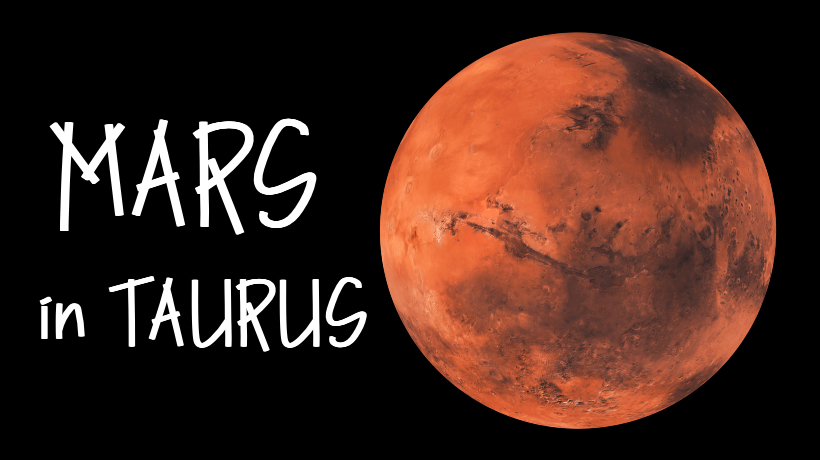 Taurus is the second sign of the zodiac. In Vedic astrology, Taurus is known by the Sanskrit name vrishabha, or “the bull.” The sign of Taurus possesses a loyal, thoughtful, and artistic nature. Taurus is a sign of sensuality. In an astrological chart, it indicates areas where you are lavish and methodical in your efforts.

Ruled by Venus. Venus is known as the planet of music, fine food, and the arts. He brings a sensual and indulgent energy to the house he inhabits.
An earth sign. Taurus is grounded, thoughtful, and practical.
A fixed sign. Taurus is steady, predictable, and slow to change.
A feminine sign. Taurus is receptive, sensitive, and empathetic.

Taurus influences its planetary lord in the following areas:

Traits of Mars in Taurus

The influence of Mars in a birth chart will change depending on which house it is located in, its relative position in relation to other planets, as well as other factors. However, the following general traits are likely to be found in a native who has Mars in Taurus:

You are fond of music. You have an attraction to the musical arts and you enjoy listening to all varieties of music. Music is one of the things that brings meaning and joy to your life. You are likely to be a talented musician yourself, and you may even write your own compositions.

You are well-dressed. You have a taste for fine clothes and your impeccable sense of fashion gains you much admiration from your peers. You understand the power of the phrase, “first dress, then address.” People respect a person who dresses well, and you are able to leverage this strength to your advantage.

You possess great focus. You are a determined and focused person and you can work very hard for a long period of time. You have impressive stamina, and you are not easily discouraged in the face of obstacles. Rather, you become more stubborn and determined to succeed.

You lack self-confidence. You are not a very assertive or outgoing person. You have a hard time speaking up for yourself, and may struggle to set appropriate boundaries in your relationships. If you focus on fulfilling your own desires and taking care of yourself, this will help avoid taking on too many tasks for others.

You may clash with friends and relatives. You are known to get angry and lose your temper. This can cause you to come in conflict with friends and family members who see things differently than you do. You should practice seeing things from others’ perspectives so as to better understand and empathize with them. Be careful not to say hurtful things to people you care about.

Mars in Taurus in the 12 Houses