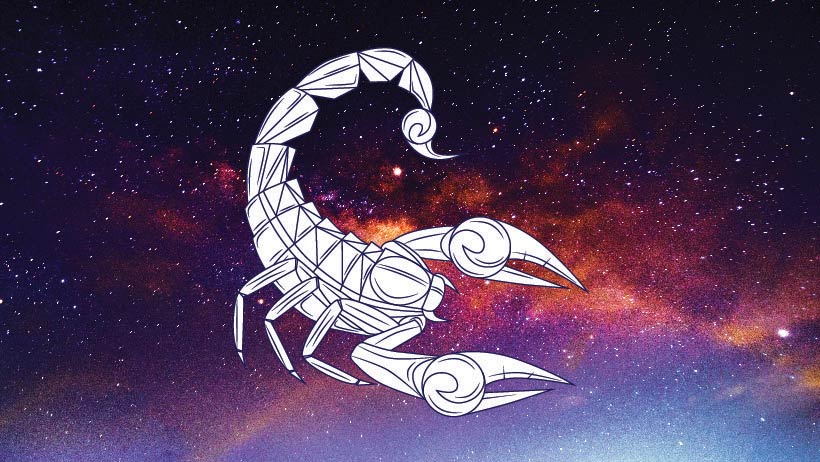 Scorpio is the eighth sign of the zodiac. It is also known as the sign of the scorpion. If Scorpio is your lunar sign, then this guide is for you. The horoscope presented here is based on the ancient science of Vedic astrology, also known as the Sidereal or star-based system of astrology. It is a moon-based approach rather than the sun-based approach common to western astrology. In this article, you’ll learn all about your strengths, weaknesses, compatibility, ideal careers, and more.

As a Martian sign, Scorpios are natural fighters. They are composed and calm on the exterior, but within they are bursting with energy and power. At a moment’s notice, you can spring into action. You are hard-working and you possess great inner strength.

Symbolized by the scorpion, this sign is known to produce honest and straightforward individuals. You’re not swayed by fashion or politics — you speak your mind without fear of how others will react. Scorpios have an uncanny way about them. You are very comfortable simply being you. You avoid pretense, and you rarely cater to the demands of those around you.

Scorpios are generally quiet and reserved. They tend to mind their own business. They are sharp thinkers with an artistic imagination. They are powerful and convincing speakers, and they will not hesitate to speak out when they see injustice.

The combination of fiery mars with this water sign of scorpio produces a person capable of colossal transformation. You aren’t afraid to challenge the status quo, and your radical tendencies are an inspiration to others.

Scorpios are known for being honest and straightforward, but they can sometimes be severe critics. They have a sharp tongue, and may unintentionally hurt friends or family members by their harsh way of speaking. You can sometimes be tactless and insensitive to the feelings of others. If you feel someone deserves punishment, you may act cruelly toward them.

The force with which you pursue your goals makes you ignore or trample over others. You may have a hard time adjusting your own desires for the sake of others. This causes others to perceive you as callous and hard-hearted. It’s not that you’re incapable of compassion—you simply hold others to the same high standards to which you hold yourself.

Scorpios are not known for their generosity. They may earn the reputation of being a miser. This can lead to the development of a cold outlook towards life, which can negatively impact physical and mental health. For this reason, Scorpios may have a shorter lifespan than their peers. However, this risk can be offset by cultivating your interest in the metaphysical through meditation and prayer.

Scorpio-natives do not excel in interpersonal relationships. However, they can make close connections with others who admire their sincere and intense approach to life.

Scorpios can make friends with those who have similar intellectual or spiritual interests. However, if you aren’t careful, your tendency to speak your mind without restraint may cause you to say something hurtful. This can damage or even end friendships.

Your relationship with your mother and may be strained. You may become separated from your parents over time. Your children will be interested in spirituality. You are likely to get along well with them.

Scorpio-natives are passionate lovers. They can form an intense bond with their significant other. However, there is a risk of falling “head-over-heels” for a person without checking to ensure the two of you are actually compatible for the long-term. You may become attracted to men or women or are not available.

Nonetheless, there are general patterns of compatibility across signs. These signs are usually a good match for Scorpio:

For Scorpios, the periods of sade sati are as follows: