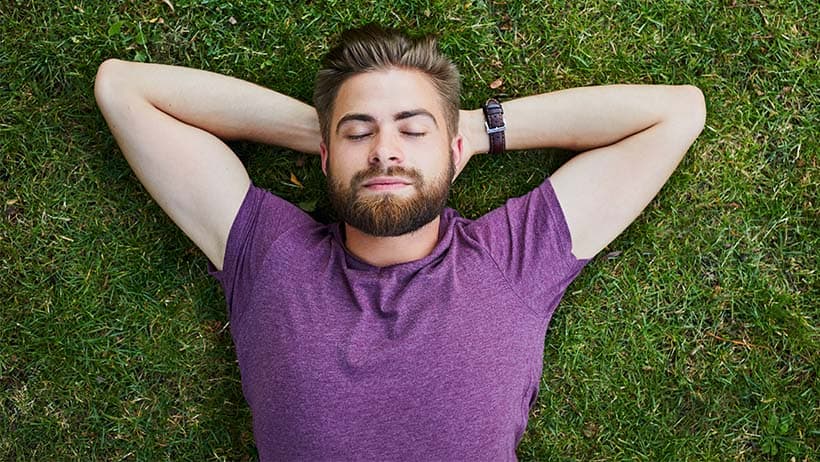 What are the Dhatus?

The seven dhatus are the seven layers of tissues that make up the body. It is important to understand the dhatus, as they are not only the fundamental energies and structures that make up our body, but they are the sites where disease forms within the body when our doshas are aggravated. In Ayurveda, before we can understand a pathology and know how to best treat it, we must first establish which of the dhatus have been affected.
The seven dhatus are:

Ayurveda lists the dhatus in order from the superficial layers to the deepest layers. As a general rule: the deeper the tissue, the more difficult it is to treat. For example, it is easier to treat a deficiency in the blood than an imbalance in the nervous or reproductive tissues. This is partly due to accessibility, and partly as a result of the order in which the dhatus are formed.

The Formation of the Dhatus

The dhatus are built sequentially over a 30-day period, culminating in the production of ojas (the most refined bodily essence).

Now we’ll take a closer look at each of the dhatus one by one.

The Formation of the Dhatus

Rasa dhatu is the primary waters of the body. Rasa can be translated as juice, sap or liquid, and in reference to the physical body, it alludes to the plasma or non-cellar portions of the blood — namely the lymphatic or interstitial fluid. Indirectly, rasa also relates to the watery secretions of the body, such as breast milk and menstrual fluid.

More than simply fluid, rasa is the vehicle by which sugars and nutrients make their way to all the other tissues in the body. When rasa is healthy, we feel satiated in both body and mind. It sustains and nourishes our physical and psychological well-being.

As rasa dhatu is composed of the water element, it shares many of its qualities: cold, mobile, fluid, heavy, smooth, cloudy, gross and dull. Many of the qualities are shared by kapha dosha, and, as such, rasa dhatu determines the health of kapha dosha in the body. When rasa dhatu is formed, kapha dosha is the mala (waste) produced.

Rasa dhatu is the primary waters of the body. Rasa can be translated as juice, sap or liquid, and in reference to the physical body, it alludes to the plasma or non-cellar portions of the blood — namely the lymphatic or interstitial fluid. Indirectly, rasa also relates to the watery secretions of the body, such as breast milk and menstrual fluid.

More than simply fluid, rasa is the vehicle by which sugars and nutrients make their way to all the other tissues in the body. When rasa is healthy, we feel satiated in both body and mind. It sustains and nourishes our physical and psychological well-being.

As rasa dhatu is composed of the water element, it shares many of its qualities: cold, mobile, fluid, heavy, smooth, cloudy, gross and dull. Many of the qualities are shared by kapha dosha, and, as such, rasa dhatu determines the health of kapha dosha in the body. When rasa dhatu is formed, kapha dosha is the mala (waste) produced.

Rakta dhatu is the primary fire in the body. More than simply blood, it is the carrier of the invigorating fire of life. Rakta can be translated as “impassioned.” It is the dhatu responsible for energy and passion for life, focus and intensity of mind. When rakta is in excess, the temperature of the body rises, tissues become inflamed and the mind becomes overactive. When rakta is depleted, the body temperature lowers, resulting in hardness and stiffness in the tissues and the mind loses some of its focus.

We can establish the health of rakta dhatu by examining the blood. The red blood cell count tells us the quantity of rakta dhatu present, while the hemoglobin levels indicate its quality. However, the blood is not the only means of testing the health of rakta dhatu. Ayurvedic practitioners will also examine rakta dhatu by looking at the complexion, doing a palpation of the liver to establish size and tenderness, as well as an examination of the eyes — looking for indications of redness or yellow tinges. The tendons are an upadhatu (by-product) of the formation of rakta dhatu, therefore tendonitis is another indicator of an imbalance in rakta.

Rakta dhatu is closely associated with pitta dosha, due to its hot, sharp, and fiery nature. Therefore many imbalances within rakta dhatu will relate to pitta dosha. An early symptom of rakta imbalance could simply be a rise in internal temperature, or developing a sensitivity to heat.

Mamsa can be translated literally to “meat” or “flesh”, but in its Ayurvedic use, mamsa dhatu refers to the muscle tissue, and has an indirect connection to the ligaments and skin. However, mamsa dhatu is more than just physical muscle. It provides internal strength, confidence, and a means of expressing ourselves.

Medas dhatu refers to the fatty tissues of the body. The medas tissues can be fat (adipose tissue) or can refer to the “concentrated waters” of the body, such as the sebum (skin oils). Medas dhatu primarily stores excess fat tissues in the abdomen. The waste products that are produced alongside medas dhatu are sweat and sebum that are secreted through the skin.

Medas is cold, hard, dense and stable in quality — much like kapha dosha, which accounts for why kapha body types find it naturally easier to store fat. In order to produce healthy medas dhatu we must consume, and properly digest, foods that are high in the water and earth elements.

Fatty tissue gets a really hard time in our contemporary view of the body. It is seen as something undesirable and to be avoided at all costs. However, healthy fat is essential to optimizing our well-being — both physically and mentally. Medas dhatu keeps the body well-oiled, lubricating the joints, providing moisture and groundedness, as well as maintaining hormonal balance. Ayurveda also recognizes medas as a key ingredient to finding satisfaction and developing a big heart for love and devotion.

However, when there is an excess of medas dhatu it fills the spaces of ether in the body. This results in a lack of inspiration, and feelings of lethargy and heaviness. By blocking the passage of ether in the body, excess medas also suppresses the fire element within the body, which reduces metabolic activity and makes digestion sluggish. Excess medas can be balanced by following a kapha pacifying dietary regime.

Asthi dhatu refers to the bones that make up the structure of the body. Asthi is the densest of the dhatus, predominantly made up of the earth element, and is hard, dense, cold, stable and rough in quality. It relates closely to the characteristics of kapha dosha, and vata dosha to a slightly lesser extent. It has the hugely important role of providing internal support, acting as a protection barrier for the internal organs, including the heart, brain and reproductive organs. During the formation of asthi dhatu, the teeth are formed as by-products (upadhatus) and hair and nails are the waste products (malas).

Ayurveda recognizes a very close relationship between asthi dhatu and the large intestine — or, more specifically, the membrane of the colon. Therefore it is said that a healthy colon results in healthy bones.

For this reason, Ayurveda commonly uses basti (enema) as a treatment for disorders of the bones. The colon is also the main site of vata dosha within the body. It is, therefore, no surprise that imbalance of vata dosha will often affect the bones, causing stiffness, brittleness and rigidity. Aggravated vata dosha makes the bones more porous, resulting in osteoporosis. If, on the other hand, asthi dhatu is produced in excess, there is an imbalance of kapha, resulting in thick, dense bones with low agni.

For healthy asthi dhatu, a sufficient quantity of earth and air products must be consumed. Foods rich in the earth element tend to be sweet, such as potatoes and other roots, grains, and nuts, or astringent foods such as beans and legumes. Foods rich in the air element include most vegetables and bitter or pungent foods and spices.

The state of agni will depend upon your unique constitution. However, there are some general practices that everyone can adopt to aid the harmonious functioning of healthy majja dhatu. Try to avoid getting into arguments or becoming overly competitive. Excessive mental focus or impassioned behaviour will overheat the nervous system. Ayurveda recommends following a daily routine, but maintaining a light-hearted and playful attitude throughout the day will help keep the nervous system free from stress.

Shukra is the pure and bright essence from which all emanates. Ayurveda has commonly used the word “shukra” to describe both the male sperm and female ovum, as they contain the essence of all the other dhatus. As the seventh of the dhatus to be formed, shukra is the deepest and most complex dhatu.

When shukra dhatu is healthy, the entire system is radiant. It produces a luster, confidence and beauty that seems to radiate light. When shukra is healthy and abundant, high levels of ojas will be produced. Ojas is the essence of life. The most refined and subtle substance that governs the immune system, the aging process, glowing skin, mood, digestion, quality of sleep, spirituality, and vitality.

When shukra dhatu becomes depleted, so too does ojas. The main cause for depleted shukra is sexual activity. When shukra is abundant and ojas is strong, the body is in the ideal condition for conception. However, excessive sexual activity will significantly deplete shukra and subsequently also deplete ojas. It is advised that those with low shukra or depleted ojas should refrain from sexual activity.

There is no quick fix for depleted shukra dhatu. The best course of action is to practice abstinence and ensure that the preceding six dhatus are being properly nourished. Traditional Ayurvedic texts also recommend yogic practices of asana, pranayama and meditation to increase shukra dhatu.

The Dhatus and Ojas

The final and most refined product of dhatu formation is “Supreme Ojas.” Ojas is the key to wellness and vitality. It governs nearly all aspects of the physical and psychological body, including the immune system, digestion, the aging process and our connection to the divine. However the production of ojas is dependent upon a perfectly working digestive system and the proper nourishment of the seven dhatus. Therefore, in order to have a fully functioning and optimal immune system, we must first work towards the nourishment of each of the dhatus in turn.