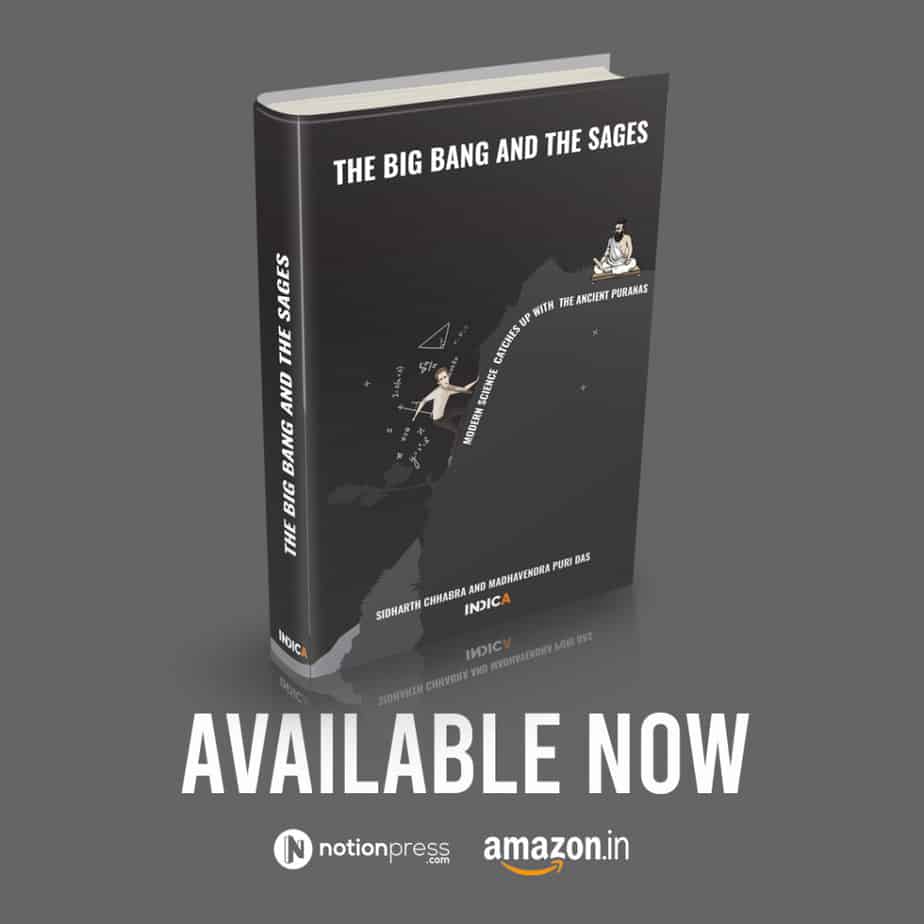 The Big Bang and The Sages is available on Amazon.com, on Amazon.in or Amazon.co.uk. Don’t miss out on the next scientific renaissance!

The Big Bang and The Sages is based on scholarly research published in European Journal of Science and Theology. Many more papers to follow.

“The evidence for Superhuman communication appears persuasive, and raises important questions about our understanding of human history. This book is sure to attract a lot of interest in ancient Indian texts.”

“If what you say is true, I have no doubt that both the scientific and religious worlds will be set alight, as this is utterly without precedent.”

The findings in this book have been published in a peer-reviewed paper accepted at the European Journal of Science and Theology.

In his book The Big Bang and The Sages, author Sidharth Chhabra presents astonishing findings from his research in the cosmological presentation of the Puranas of ancient India. Although compiled by sages thousands of years ago, these texts contain stunningly accurate data for key events in the creation and development of our universe, as well as the history of our planet Earth.

In their introduction, the authors point out that many revolutionary scientific discoveries in the past have faced harsh criticism early on. Such pioneers as Galileo Galilei, Barbara McClintock, and Louis Pasteur have been labeled “heretics” of science by their peers. Only after many years was their work given a fair and honest assessment, and today their scientific conclusions have become universally accepted.

Among the most impressive data points are:

The Big Bang and The Sages is available on Amazon.com, on Amazon.in or Amazon.co.uk. Don’t miss out on the next scientific renaissance!