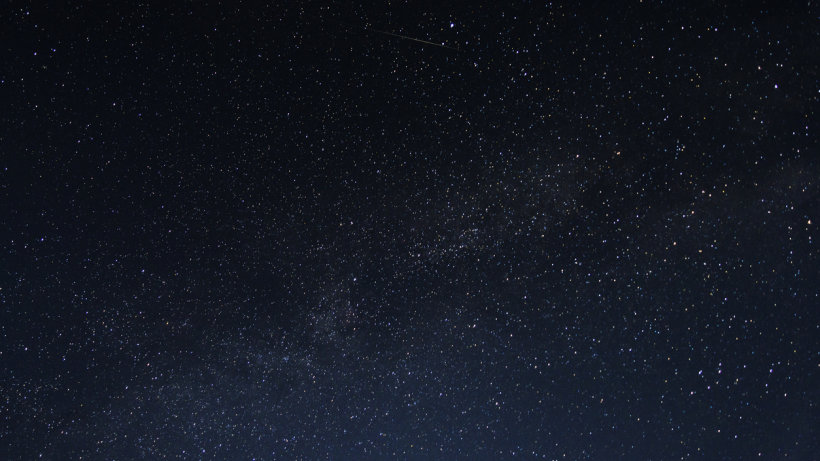 The Age of the Universe in Modern Science
In the 19th and early 20th centuries, the majority of Western scientists were attracted to the concept of a static and eternal Universe because it circumvented theological questions regarding creation of the Universe. A Universe that is eternal doesn’t require a creator. So strong was this mind-set that, as late as the year 1916, no less of a scientist than Albert Einstein artificially modified his equations of General Relativity to portray the Universe as static and eternal. In the 1930s, after astronomers had discovered strong empirical evidence that our Universe is expanding, which indicates that it must have come into existence at a finite time in the past, Einstein admitted that this artificial modification was the greatest blunder of his career.

Starting in the 1920s, scientists discovered that most galaxies are moving away from our galaxy (the Milky Way Galaxy) at a rate roughly proportional to the distance from the Milky Way. Using this data to extrapolate backwards in time allowed scientists to make a rough estimate of the number of years that has elapsed since the beginning of the Universe, which turned out to be around 10 to 20 billion years. Thus, the 1930s ushered in a major revolution in cosmological thinking in the West – the Universe has a finite age. This meant that the theologically-loaded question regarding the origin of the Universe could no longer be circumvented, because it was now supported by rigorous scientific observation. This produced considerable consternation in scientific circles, but the evidence for a Universe of finite age was too strong to be brushed aside.

This consternation should not be misconstrued to imply that the finite age of the Universe is to be uncritically accepted as proof of the existence of God. In recent times, a number of atheistic physicists (see, for example, Hawking and Mlodinow, 2010; Perlov and Vilenkin, 2017) claim that the spontaneous generation of a universe is supported by our current understanding of the laws of physics. This means that, according to these physicists, we aren’t obliged to postulate the existence of God to account for the origin of the Universe – the laws of physics alone are adequate to account for it. This atheistic verdict, however, was delivered before the publication of our book, which has revolutionized the classic theist – atheist dialogue by providing, for the first time, scientifically-unassailable empirical evidence with profoundly theistic implications. These implications are explored in Chapter 9.

The Wilkinson Microwave Anisotropy Probe (WMAP) revolutionized cosmic chronology by accurately measuring the properties of the Cosmic Microwave Background Radiation (CMBR) over the full sky. In the year 2003, the best estimate for the age of the Universe using WMAP data was 13700 ± 200 million years (Spergel et al, 2003), and in the year 2011 the best estimate was 13750 ± 110 million years (Komatsu et al, 2011).

WMAP has been succeeded by an even more sophisticated satellite, the Planck Satellite. The current estimate based on Plank data is 13801 ± 24 million years (Aghanim et al, 2018).

The Puranic Age of the Universe

To appreciate the Purāṇic calculation for the age of our Universe, it is essential to understand the enormous scale of Brahmā’s life. Brahmā lives for 100 of his Years, each of which has 360 Days and Nights. A Day or a Night of Brahmā is called a Kalpa.[1] The lifetime of Brahmā is divided into two halves, which are called “Parārdhas.”

By such days and nights characterized by the movement of time, even the maximum life of Brahmā, consisting of a hundred years, comes to an end (Bhāgavata Purāṇa 3.11.33).

Each Parārdha is equivalent to 50 Years of Brahmā’s life. The following verse from the Vāyu Purāṇa states an important relationship between the constituents of the Universe and a Parārdha:

That which is immortal and eternal,[2] along with cosmic vibration, is dissolved. The past, present and future constituents [of the Universe] are calculated to last up to a Parārdha, a divine number (Vāyu Purāṇa 2.38.240).

Is there Purāṇic support for a Sarga reconstruction at the beginning of the second Parārdha? The answer is yes. According to the Purāṇas, Brahmā appears on a cosmic lotus (Padma in Sanskrit) at the beginning of his life, at which time he constructs the lokas in the stem of the cosmic lotus. Therefore, the first Day in Brahmā’s life is called the Padma Kalpa. The Bhāgavata Purāṇa states that the lokas were reconstructed in the stem of the cosmic lotus in the Kalpa immediately after the end of Brahmā’s first Parārdha; therefore, this Kalpa is also called the Padma (lotus) Kalpa:

The Kalpa after the end of the first half of Brahmā’s life is called the Padma Kalpa because the lokas were constructed in the stem of the cosmic lotus in the navel lake of Hari [Śrī Viṣṇu] (Bhāgavata Purāṇa 3.11.36).[4]

In summary, according to the above verses and the associated discussion, the Universe was completely disintegrated (Prākṛtika) at the end of the last Day of the first Parārdha. Since the duration of Brahmā’s life had not yet expired, the reconstruction of the fundamental elements (Sarga) began immediately after the disintegration, and Brahmā reappeared on the top of the cosmic lotus.

O Dvijas, the current Kalpa is called Vārāha. This is the first Day (Vāyu Purāṇa 1.5.46).

Thus, Western scientific estimates for the age of the Universe over the last thirty years have monotonically approached the Purāṇic date of 13.82 billion years, which was unequivocally stated thousands of years ago in the Purāṇas.