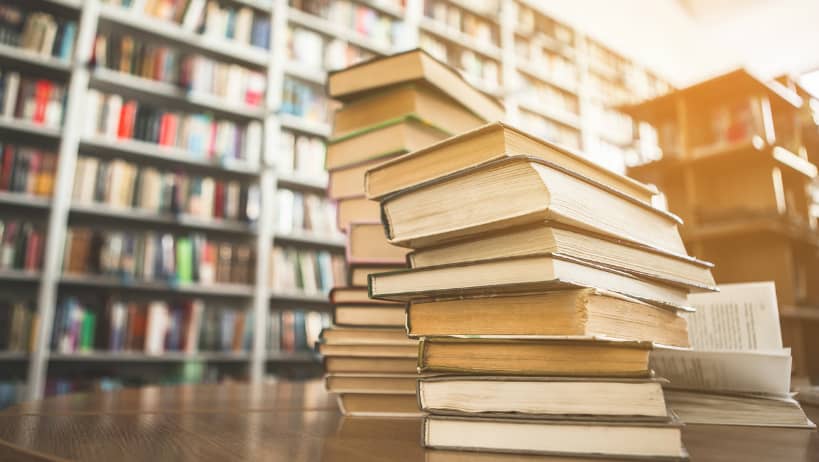 The yoga of knowledge (jnana-yoga) is the intermediate stage of yoga practice, in between karma-yoga and bhakti-yoga. It is a form of inquiry-based learning. Who doesn’t ask questions? Some are pointed, others rhetorical, but every question is a quest for knowledge.

The Sanskrit word jnana means knowledge. It has technical shades of meaning, as well as a more general sense. Knowledge is more than mere information. The full significance of jnana is seen in the array of benefits that come from applying that knowledge.

There are both preventative and positive benefits to applied knowledge, including overcoming fears, and experiencing inner fulfilment. In this article, we’ll look at these benefits and more, as well as how cultivating knowledge can become a path to approach God.

What is Transcendental Knowledge?

Jnana is technically that knowledge which distinguishes matter from spirit. The classic example of this distinction is drawn between the material body and the embodied soul. The seminal yoga text, Bhagavad-gita illustrates this difference in many places. Here are just a couple:

“As the embodied soul continuously passes, in this body, from boyhood to youth to old age, the soul similarly passes into another body at death. A sober person is not bewildered by such a change.”

“As a person puts on new garments, giving up old ones, the soul similarly accepts new material bodies, giving up the old and useless ones.”

When am I Going to Use this Knowledge?

In the not-so-distant past, people were labelled and marginalized on the basis of mental or physical disorders. For example, people with leprosy were called lepers. Or persons with MRDD were sometimes called retards.

This superficially judgemental perspective is debilitating in itself. On the other hand, hope and acceptance in society motivates us to adapt and improve our lives. Our self-esteem, as well as our contributions to society are harmed when we let our minds and bodies define us.

A jnana-yogi ceases to identify in terms of race, gender, nationality, health, and so forth, but instead acknowledges the spiritual equality of all living entities. The shift toward this perspective makes life more wonderful personally, socially and ecologically.

Let’s look at a common phobia: The fear of public speaking. The way we identify ourselves in relation to the audience can feed into this fear, or help us overcome it. Some scientists who study this fear talk about a communication orientation vs. a performance orientation.

A communication orientation involves approaching the audience with the same familiarity we would our friends and family. On the other hand, a performance orientation views the audience as strangers, with one’s hard-earned success depending on a masterful presentation.

Transcendental knowledge reminds us that since each and every being is a child of God, the speaker and the audience are, in fact, family. This realization contributes to an easier approach in which communication is facilitated, and a big barrier to public speaking is removed.

Racism, sexism, speciesism and other forms of discrimination based on identification with the body are all immediately mitigated by the path of jnana-yoga. The path culminates in clearly understanding how all entities are interrelated through connection with our common source.

This inclusive understanding frees one from the need to show off or put others down. It results in stable inner satisfaction and empathy. The stage in which this happens is called samadhi, the perfection of all yoga paths. Samadhi is described in Bhagavad-gita as follows:

“In that joyous state, one is situated in boundless transcendental happiness, realized through transcendental senses. Established thus, one never departs from the truth, and upon gaining this one thinks there is no greater gain. Being situated in such a position, one is never shaken, even in the midst of greatest difficulty. This indeed is actual freedom from all miseries arising from material contact.”

Jnana-yoga is the natural byproduct of karma-yoga, or the path of approaching the supreme through work. It involves inquiry into the nature of reality. Here are some of the essential topics to consider in your practice of jnana-yoga:

Traditionally, any yoga practice begins under the guidance of a yoga teacher. The qualifications of a jnana-yoga teacher are that they have understood the above-mentioned topics, applied the conclusions in their lives, and are kind enough to teach them free of charge.

The ideal student on this path is inquisitive. They ask thoughtful and relevant questions. In addition, they are willing to give back to the teacher with a spirit of gratitude for the knowledge received.

Since this knowledge is spiritual in nature, it transforms the heart of the student in preparation for bhakti-yoga, or approaching God through devotion. Krishna, the speaker of Bhagavad-gita, describes this evolution, saying:

“After many births and deaths, he who is actually in knowledge surrenders unto Me, knowing Me to be the cause of all causes and all that is. Such a great soul is very rare.”

A Little Knowledge is a Dangerous Thing

Knowledge is part of nature in the mode of goodness. But if that knowledge is half-baked it can result in the pitfall of self-righteousness. If one’s knowledge has not advanced to the point of viewing others with respect, then one will gradually relapse to ignorance.

Pridelessness (amanitva) is therefore the first character trait mentioned with respect to the living culture of knowledge. The only safeguard in the path of jnana-yoga against the pitfall of pride is to cultivate a deep sense of respect for others, regarding them as spiritual beings like oneself.

“He is a perfect yogi who, by comparison to his own self, sees the true equality of all beings, in both their happiness and their distress, O Arjuna!”

Bhagavad-gita was spoken to Arjuna, a wise king, and through his example, we learn how to follow the path of wisdom. Arjuna was also a friend and devotee of Krishna, which signals to us the destination where we can expect to arrive through our practice.

Philosophical analysis is a great and ancient means to approach God. It is a path that favors folks who love to think. It equally rewards close scrutiny, as well as systems perspectives. Here, you can question deeply and often; here are lifetimes of learning.