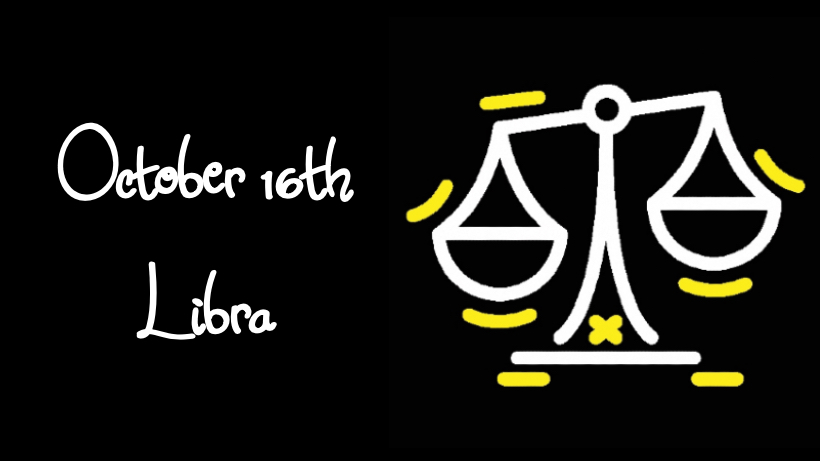 Were you born on October 16th? If so, then according to Western astrology your zodiac sign is Libra, the sign of the Scales. This means that when you were born, the Sun was in the stars that make up the constellation known as Libra. Learn the basics of your horoscope below.

In Western Astrology, also known as Tropical astrology, a person’s sign is determined by the position of the Sun. If you were born on October 16th, then you’re considered a Libra according to most people in the Western world.

Th influence of the Sun in a birth chart will change depending on which house it is located in, its relative position in relation to other planets, as well as other factors. However, the following general traits are likely to be found in a native whose Sun is in Libra:

You are restless. Of the twelve signs of the Zodiac, the Sun is weakest in Libra. Rued by the Sun’s enemy, Venus, Libra is a sign of diplomacy and refinement. You feel uncomfortable in social settings. You are indecisive, and you often find yourself torn between multiple paths in life.

Events in History on October 16th