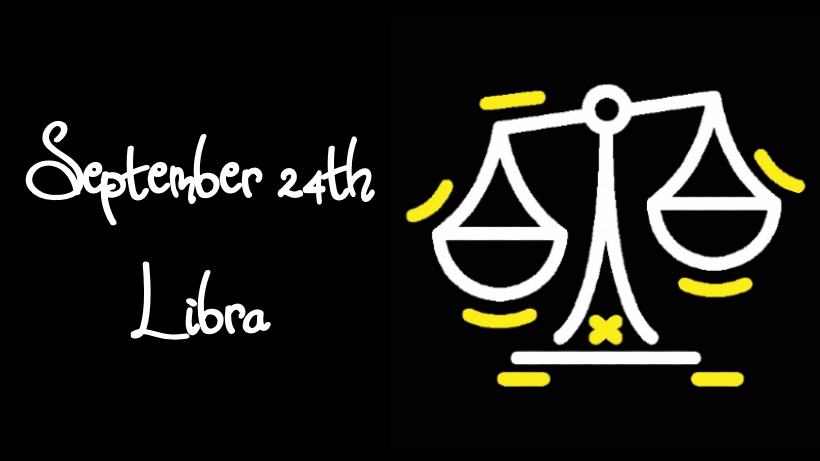 Were you born on September 24th? If so, then according to Western astrology your zodiac sign is Libra, the sign of the Scales. This means that when you were born, the Sun was in the stars that make up the constellation known as Libra. Learn the basics of your horoscope below.

In Western Astrology, also known as Tropical astrology, a person’s sign is determined by the position of the Sun. If you were born on September 24th, then you’re considered a Libra according to most people in the Western world.

You know how to get along with people. You have a flexible personality type and you know how to adapt to any situation. You can easily fit into any kind of group, and you may find that you belong to diverse circles.

Events in History on September 24th