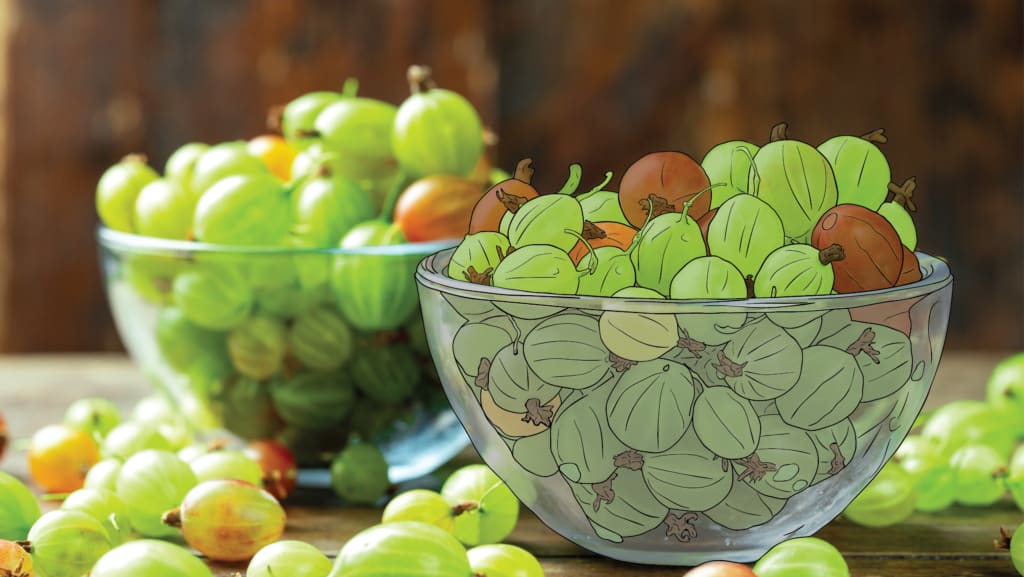 Amalaki is strengthening and nourishing for the entire body. It has been coined the Universal Remedy and ultimate healer within ayurvedic herbology due to its adaptability and medicinal potency. Its broad range of uses and rejuvenating properties make amalaki a life-long herbal ally to have on hand, either in its singular form or mixed with other herbs, to offer daily support for optimal well-being.

Amalaki (Emblika Officinalis) often called “Indian gooseberry” in English, is also sometimes known simply by the name amla, which means “sour” in Sanskrit. It’s a small, round and very sour fruit native to India. Similar to a gooseberry, it is packed full of vital antioxidants and contains up to twenty times more vitamin C than an orange.

Amalaki’s powerful healing properties have resulted in it becoming a very highly revered medicine. It has even been given the Sanskrit name dhatri, which can be translated as mother, nurse, or even immortality.

The amalaki tree is believed to have divine origins: in the ancient Brihad-dharma Purana, it is written that amalaki grew from the tears of the sacred goddesses Lakshmi and Parvati as They desperately sought ways in which to worship Lord Vishnu and Lord Shiva. Amalaki’s connection to Lord Vishnu is also evident in the Padma Purana, where it is stated that the tree is an embodiment of Lord Vishnu Himself.

In line with these stories of its divine origin, the leaves of the amalaki tree are still used today in temples for the worship of Lord Vishnu. The amalaki tree is especially worshipped on the holy day of Amalaki Ekadashi, which marks the beginning of the festival of Holi. It is said that circumambulating the tree on this auspicious day immediately frees one of their sins.

As well as having spiritual importance, the fruit of the amalaki tree is of central importance to ayurvedic medicine. It is sattvic, meaning it promotes clarity, equilibrium, intelligence, insight and wisdom within the mind.

In addition to being a potent herb in its own right, amalaki is the key ingredient that makes up other popular herbal combinations, including Chyawanprash and Triphala. As a fruit, amalaki is easily digestible, making it quickly accessible to deep bodily tissues. It is an excellent addition to almost any herbal regime due to its versatility and suitability for all dosha types.

When to Take Amalaki

There is no right or wrong time of day to take amalaki. While it is beneficial to all doshas, it is particularly effective in balancing pitta and promoting healthy digestive fire. Therefore, some Ayurvedic practitioners recommend taking amalaki just before a meal.

How to Use It

There are countless ways to incorporate this super fruit into your regime. Amalaki can be taken on its own either as a powder (stirred into some warm water and drunk as a tea), in capsules, or as a liquid extract.

Amalaki can also be found as an ingredient in various herbal blends. Triphala is a combination of amalaki, haritaki, and bibhitaki, which supports the digestive system and encourages healthy elimination as well as promoting gentle detoxification. Amalaki is also one of the key ingredients in the medicinal herbal jam Chyawanprash. Chyawanprash is incredibly supportive of the immune system and supports whole body rejuvenation.

There are very few situations in which amalaki would be considered detrimental to health. However, as is the case with all new herbs or medicines, it is best to consult with your doctor or an ayurvedic practitioner if you have any concerns or any specific symptoms to take into consideration.

Amalaki has been known to increase the risk of bleeding or bruising in some people, so if you suffer from a bleeding disorder or are about to undergo surgery, it is best to avoid amalaki. While amalaki has often been taken by pregnant women without negative side effects, little research has been done in the West, so some doctors may prefer not to advise it.

A possible side effect of amalaki is loose stool or diarrhea. If you experience this you can try reducing the dosage or simply stop taking the herb altogether.