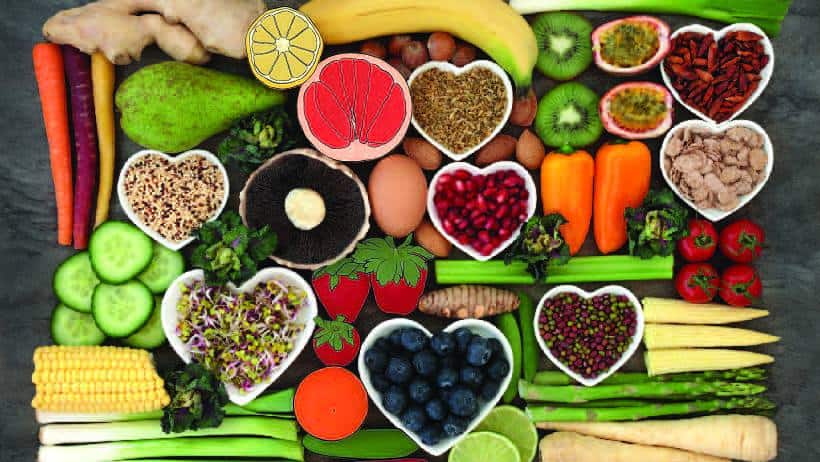 The raw vegan diet is a subset of the vegan diet, which excludes all animal products. Read on for answers to seven frequently asked questions about this diet.

What’s the Difference Between the Vegan and Raw Vegan Diets?

A person following a vegan diet doesn’t consume any animal products, including red meat, poultry, seafood, eggs, and dairy. A person on a raw vegan diet adheres to these exclusions, but goes a step further by also excluding foods heated above a certain level — usually 118 degrees Fahrenheit. (Some raw vegans avoid foods heated above 115, 116, or 117 degrees.)

Think of a raw vegan diet as the intersection of a vegan diet and a raw foods diet. While many raw foodists are vegan, others eat animal products like dairy and even some meat — as long as those foods never exceed a temperature of 118 degrees.

Moreover, not all raw vegans eat 100 percent of their food raw. Some people say they are 75 percent or 90 percent raw vegan and allow themselves some cooked meals each week. That creates quite a bit of overlap between vegans and raw vegans in terms of which foods they consume.

Why Choose a Raw Vegan Diet?

Raw veganism began in the 1800s with a Presbyterian minister who believed eating raw foods could cure illness. Today, many people continue to pursue raw veganism because they believe it provides health benefits due to raw foods containing more nutrients and enzymes. That’s only partially true, but research does show temporarily eating a raw vegan diet can positively benefit mental and emotional health.

While researchers haven’t studied raw veganism as much as veganism or vegetarianism, it likely provides the same health benefits as a healthy, vegan diet when done right. These benefits include a reduced risk of heart disease and high blood pressure, lower cholesterol levels, improved health in people with diabetes, and reduced inflammation.

Do Raw Vegans Cook Anything?

Following a 100 percent raw vegan diet doesn’t require you to eat cold food for the rest of your life. Many raw vegans do sometimes heat their food so they can enjoy a warm meal. That said, they don’t usually call the heating of their food “cooking” because they keep the food below 118 degrees Fahrenheit.

Heating food to this temperature changes the sensation of eating, but doesn’t technically “cook” the food in the way people traditionally think of cooking. The food remains raw, but feels warm.

Because raw vegans avoid foods heated above 118 degrees Fahrenheit, they don’t eat rice or beans that require a higher temperature to make them edible. However, humans may safely eat some types of rice and beans if they sprout, rather than cook, them. While white and wild rice won’t sprout, brown rice will do so. Beans that easily sprout include chickpeas, lentils, mung beans, alfalfa, and adzuki beans.

Sprouting involves placing a grain, bean, or nut into water until it germinates and begins to sprout a plant. While raw sprouts are a nutritious, protein-rich food, they can carry dangerous bacteria if grown incorrectly. Always rinse store-bought sprouts and follow safety guidelines if you grow your own.

What Do Raw Vegans Eat?

A raw vegan diet includes any food free of animal products that you don’t heat above 118 degrees Fahrenheit. To someone accustomed to a standard American diet — or even a cooked vegetarian or vegan diet — this can seem like a diet with very few permissible foods. In fact, a wide variety of raw vegan foods and meal preparation options exist.

Because raw vegans don’t bake, boil, or sauté their foods, they often turn to other preparation methods like sprouting, juicing, blending, fermenting, and dehydrating. Many online sources offer raw vegan recipes, such as vegan advocacy group PETA, food blogs like The Simple Veganista and Brit + Co, as do raw vegan cookbooks.

Is a Raw Food Diet Healthy?

A raw vegan diet is healthy only when done in a way that allows you to meet all of the Dietary Guidelines for Americans — which usually takes a lot of time, energy, and planning. Some people find it challenging to keep up with a raw vegan diet that provides all of their required nutrients and calories. Studies also show that following a raw vegan diet for an extended time can lead to low bone mass and too much weight loss, which ultimately may cause amenorrhea in women. (Yet, other research suggests raw food dieters’ low bone mass may not actually pose a problem.)

A raw vegan diet becomes unhealthy when you fail to consume enough nutrients. Like vegans, raw vegans should take a supplement containing vitamin B12 — a nutrient not naturally available in vegan foods. Raw vegans also should ensure they consume enough vitamin D, omega-3 fatty acids, iodine, iron, calcium, and zinc whether through food or supplements.

Moreover, the Food and Drug Administration maintains a list of “rarely consumed raw” produce that raw vegans should avoid. The FDA warns that consuming these foods without cooking them poses a “risk of serious adverse health consequences or death.” For example, the FDA considers asparagus, eggplant, ginger, squash, and many types of nuts and beans as produce people shouldn’t eat raw.

Where Can I Buy Raw Vegan Foods?

It’s possible to maintain a raw vegan diet using regular groceries from the grocery store. However, natural and organic food stores as well as cooperatives may offer more items that specifically cater to raw vegans. Many raw vegans also choose to invest in new kitchen tools — such as blenders, juicers, dehydrators, spiralizers, and sprouting jars — to help them prepare foods in new ways.