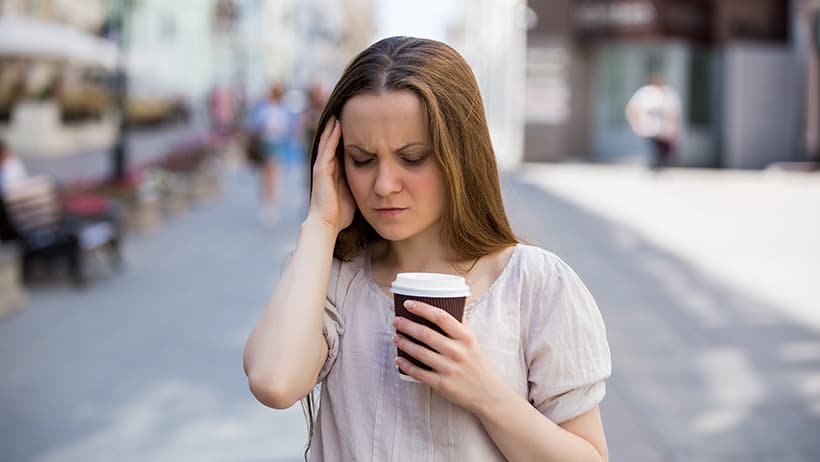 Many people consider caffeine consumption a vital part of their day. While you can find some benefits of caffeine by browsing the web, a growing number of individuals use and abuse caffeine in an unhealthy way. For example, people often depend on caffeinated drinks for energy and to avoid withdrawal symptoms.

If you want to feel better in both mind and body, consider giving up caffeine. Here are five key reasons to support that decision.

Have you ever noticed how most coffee aficionados reach for a cup of coffee first thing in the morning before drinking any water? Such a routine could have long-term consequences given the dehydrating power of caffeine.

Caffeine is a diuretic — a substance that increases the passage of urine. This may seem obvious to many people because they feel the need to use the bathroom very soon after drinking coffee.

2. Caffeine Can Mess With Digestion

Improved digestion is another good reason to avoid caffeine. Coffee, for example, can cause acid reflux and heartburn. These symptoms can occur even among coffee drinkers with perfectly normal, healthy digestive systems.

Don’t excuse acid reflux and heartburn as common, harmless symptoms. Over time, these side effects of coffee consumption can eat away at your esophagus and cause serious issues like ulcers in the esophagus.

Many people report a decrease in heartburn and acid reflux symptoms when eating before drinking coffee. This makes sense because the food likely coats the digestive tract, protecting it from the acidity present in coffee. If you can’t give up coffee completely, try to eat a meal or drink something else first.

Anxiety is a common symptom of caffeine consumption, which can worsen stress and depression as well. Caffeine tends to increase heart rate, adrenaline, and cortisol levels in the human body. Researchers often attribute these three side effects to increased stress and anxiety.

It’s common to hear stories of people experiencing anxiety after caffeine consumption — even from those without a history of stress or anxiety. Many people also report feeling jittery, stuck in themselves, or even nauseated. The overconsumption of caffeine definitely results in an uncomfortable feeling. But even a moderate level of caffeine can trigger feelings of anxiety — especially in those already experiencing symptoms of stress and anxiety.

If you want to quit caffeine to settle your anxiety, start by leveling down to some green tea. Drinking green tea is a perfect way to transition into a caffeine-free lifestyle. Green tea even contains some anti-anxiety benefits.

While these symptoms may seem unmanageable, they’re a small price to pay in order to officially quit caffeine. To limit withdrawal symptoms, try weaning yourself off caffeine gradually by consuming a little bit less every day.

5. Caffeine Use Limits Your Natural Source of Energy

Studies show long-term users of caffeine perceive the substance as energy-enhancing when, in truth, their caffeine use merely lessens their withdrawal symptoms. This really amounts to dependency and the risk of withdrawal symptoms from caffeine. Moreover, dependency means someone needs caffeine in order to function normally.

Needing a substance to feel normal detaches us from our natural biological processes and energy production. Consider this: When you decide whether or not to have your habitual cup of coffee in the morning, you’re making a choice between two things. You’re choosing to either feel normal with the use of a substance or to have limited energy that day.

Giving Up Caffeine Is Worth It

There’s nothing morally wrong with caffeine consumption, and, again, you could even find reasons why it’s healthy. This article isn’t for people who have a cup of coffee once in a while. It’s for those who depend on caffeine to feel normal.

Depending on caffeine to feel normal can lead to complications, such as dehydration, anxiety, digestive issues, and more. Returning to a natural source of energy independent from caffeine can provide a path toward better health and a heightened sense of well-being.