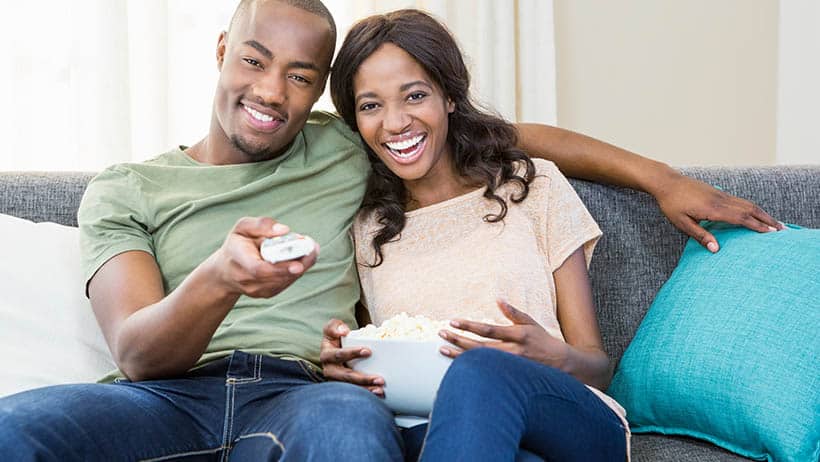 Do you often find yourself glued to the television screen out of boredom? Do you spend hours binge-watching shows on Netflix to distract yourself from the things you don’t want to do or face? Do you ever feel inadequate about certain aspects of your life? If so, you’re not the only one.

According to Statistic Brain, the average person spends about 5 hours and 11 minutes watching television each day. That means that out of the 24 hours we have in a day, over one-fifth of that time is spent in front of the TV. This is counterproductive for countless reasons.

Below are some of the biggest reasons to cut down on your screen time.

1. TV Can Falsely Influence Your Worldview

Television rarely depicts life in a realistic way. Anybody who has ever worked as a policeman, lawyer, psychiatrist, ER doctor, or an FBI agent will probably attest to the fact that TV shows don’t accurately portray their life.

Spending too much time watching TV can leave you disillusioned about the world around you. This is most commonly seen in people’s unrealistic expectations of love, romance, and sexuality.

TV also oversimplifies reality. It presents even the most difficult issues in mere minutes and leaves all matters quickly and easily resolved in the end. This conditions viewers to think most problems have a clear solution that can be implemented in 60 minutes or less.

2. Advertisements Can Cause Materialistic Spending Habits

Adverts and infomercials are unavoidable when watching TV. This can cause you to fall prey to consumerism and spend extra money on products you probably don’t need. If you think you’re immune to excess advertisement, think again.

Corporations don’t spend trillions of dollars on advertising because they’re just hoping they can influence you. They know that with effective marketing tactics, they will influence you.

3. TV May Leave You Feeling Unsatisfied With Your Life

According to the Journal of Economic Psychology, those who frequently watch TV report lower satisfaction in life, more materialistic desires, and increased anxiety. For many, watching TV means being bombarded with idealized images of beautiful people living in luxurious homes who get everything they want. This can make us feel worse about our own lives through inescapable social comparison.

4. TV Distracts You From the People in Your Life

We all know that the characters in our favorite shows and movies are fictional. They’re crafted by scriptwriters and brought to life onscreen. In contrast, we’re surrounded by real people living real lives and facing real problems, just like you. They rely on us and we rely on them.

When you start spending less time in front of the TV, you’ll naturally spend more time cultivating lasting and real relationships. Social connection is one of the most basic human needs, and it’s a need no television can fulfill.

5. It’s Bad for Your Health

There’s even a scientific link between obesity and the amount of time spent watching TV. People who watch television for long periods of time have a higher risk of obesity or heart disease. You’re also more likely to consume more calories when sitting in front of the television. This combined with the lack of physical activity can lead to weight gain and other health problems.

6. You’ll Realize You Have More Free Time Than You Thought

If you find yourself constantly feeling there’s not having enough time in the day, your TV habits may be to blame. Watching less TV can add up to 34 more hours of time each week, more than a full day!

Consider the myriad of things you could be doing instead of binge-watching the latest Netflix series. You could read more books, spend time outside, or connect with your family. Or maybe you could learn a new language, spend time exercising, or pick up a new hobby. You could simply tidy up the house, cross stuff of your to-do lists and eliminate stress from your life. .

The number of productive things you can add to your schedule and the connections you can foster with those you love and without a blaring TV is endless.