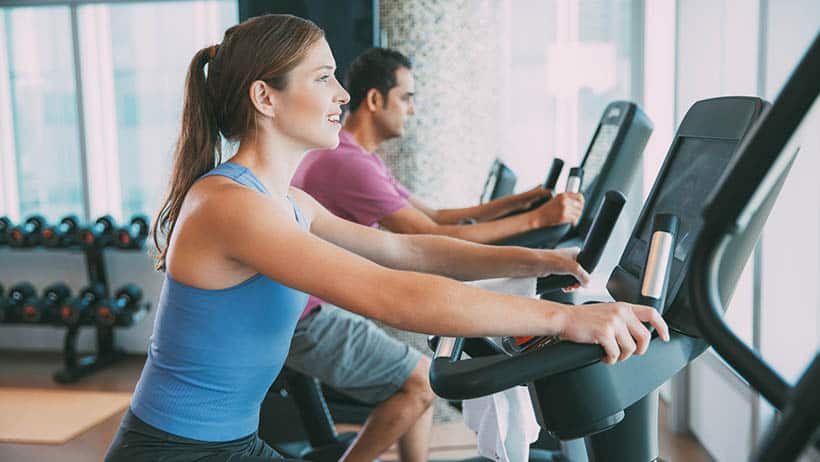 We often hear about how to lose weight or gain muscle in the gym, but the benefits don’t stop there. Exercise is vital for every aspect of our overall health, including our mood, our energy levels, and even our brain health.

A study of 24 women diagnosed with depression found that exercise greatly reduced their symptoms. In another study, 26 healthy men and women who regularly exercise were asked to either stop or continue exercising over the next few weeks. The ones who discontinued exercising reported feeling more negative emotions.

One example of the mood-boosting power of exercise is runner’s high. In 2008, German researchers used brain scans on runners and found that during two-hour runs, the prefrontal and limbic regions of the brain released endorphins. The rush of endorphins acts as a pain reliever in response to physical discomfort and creates a feeling of euphoria. The bigger the endorphin surge, the more euphoric the runners felt.

Runner’s high is experienced in that sweet spot where running is physically challenging, but not to the point of physical pain. The key is to push your body, but don’t push till past your limit.

Although exercise may be one of the last things that you would want to do if you’re someone who struggles with fatigue, regular exercise can actually help boost overall energy levels.

One study found that regular exercise over a period of six weeks reduced fatigue for 26 people who suffered from persistent fatigue. Exercise can also help those with chronic fatigue syndrome (CFS) and has been shown to be more effective than other treatments for CFS.

A sedentary lifestyle is one of the primary causes of chronic illness. Lack of exercise can lead to weight gain, which raises the risk of type 2 diabetes, heart disease, and early death. Frequent exercise, however, can:

For years it was recommended that those with chronic pain should rest and reduce physical activity. However, many studies now show that regular exercise can actually reduce chronic pain.

Regular exercise can also improve overall brain function. When you exercise, your heart rate goes up, boosting the flow of blood and oxygen to the brain. This stimulates the production of hormones needed for new brain cells to grow.

Exercise is especially vital for the brains of older adults since aging, oxidative stress and inflammation changes the structure of the brain over time. Exercise can reduce the changes in the brain that contribute to the development of alzheimer’s disease.

The depletion of energy that takes place during aerobic exercise enhances recuperative processes during sleep. One study has shown that 150 minutes of moderate to vigorous exercise each week can lead to a 65 percent increase in sleep quality.

In another study, up to 16 weeks of regular exercise helped 17 people with insomnia achieve longer and deeper sleep, and also gave them higher levels of energy during the day. Any aerobic exercise or aerobic exercise combined with resistance training can help achieve this effect.

A growing amount of oxidative stress within your body can have negative effects on the health of your skin. Oxidative stress takes place when the body’s antioxidant defenses are no longer able to repair the damage done by free radicals. Frequent moderate exercise can help your body produce more antioxidants, which help protect skin cells.