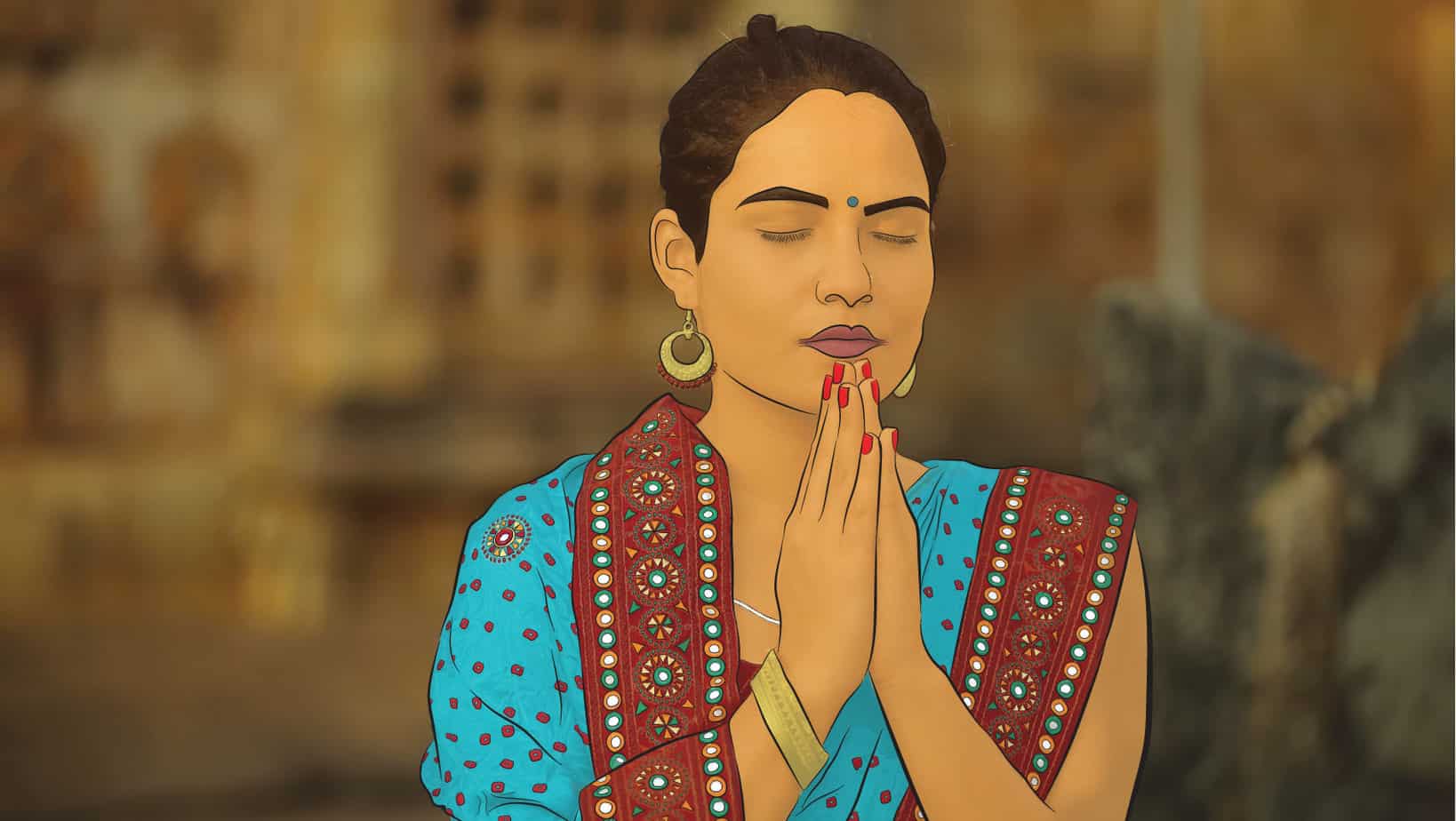 Like many other religions, fasting is a common practice in Hinduism. While the rules of fasting in Hinduism differ from community to community and even family to family, the main intentions behind the practice are to purify the mind and body, practice restraint and self-control, express gratitude, seek forgiveness, and appease deities.

In this article, we take a quick look at fasting in Hinduism, general guidelines, traditions, as well as the ayurvedic standpoint on fasting.

According to ancient Hindu belief, abstaining from food and water purifies your body and soul and brings you closer to God. Fasting also keeps your body light and assists in meditation.

Normally, people spend a lot of time sourcing, preparing, and consuming food. Your mind, which may otherwise be preoccupied with thoughts of food, becomes more alert and clear during a fast. In fact, one of the Sanskrit words for fasting, “upavasa,” literally translates to “staying near (God).” “Vrata,” another Sanskrit word used in relation to fasting, refers to a practice (which may include fasts) performed to obtain a divine blessing or fulfill a desire.

Generally, fasts in Hinduism are observed during specific days of the year. Many Hindus fast on the days of Ekadashi, which is dedicated to Lord Vishnu and falls on the eleventh day of the moon’s waxing and waning phases.

Hindu festivals such as Krishna Janmastami, Durga Puja, and Maha Shivaratri, which are celebrated in honor of Lord Krishna, Goddess Durga, and Lord Shiva respectively, also involve fasting. People fast for a day or for a period of days leading up to the festival.

Particular days of the week are also marked for fasting in certain communities. Followers of Lord Shiva, for example, fast on Mondays and followers of Lord Shani fast on Saturdays. Similarly, Sunday is dedicated to Suryanarayana, or the deity of the Sun.

Fasting can also be done as a votive offering to God. Married women in some Hindu communities routinely observe fasts for the well-being of their family.

There are no strict fasting rules in Hindu culture unless you’re fasting in preparation for a Vedic ritual or in honor of a specific deity which has established traditions and regulations according to the Vedic scriptures. Good hygiene, celibacy, forbearance, abstinence from bad habits such as smoking or gambling, and adherence to certain rituals may also be part of the guidelines for observing such a vrata.

In all other cases, each person is free to follow the practices that best suit their beliefs, interests, and needs. According to Hindu belief, fasting must be done out of one’s own free will. It should not be done out of fear or social compulsion. Some choose to abstain from all food and drink, while others drink milk, water, tea, and other liquids or eat one small meal a day. In some parts of India, people avoid cereals and salt during a fast and people who eat meat avoid meat or eggs.

Most Hindus break their fast by performing a puja, or traditional prayer ritual, and by offering food to the gods. The food eaten after the fast will depend on the reason for the fast and the day of the week. If the fast was on a Tuesday in honor of Lord Hanuman, people break the fast with an evening meal of rice and jaggery, an unrefined form of cane sugar.

Hindus may also wear different colors on the day of the fast in honor of the deity. For example, followers of Lord Hanuman wear red clothing on Tuesday in conjunction with their fast.

Furthermore, Hindu scriptures like the Bhagavad Gita encourage people to eat simple and healthy foods in appropriate amounts at all times, even when you’re not fasting.

Fasting According to Ayurveda

However, Ayurveda does not recommend prolonged fasts. In fact, many Ayurveda practitioners warn that extended fasts can cause an imbalance in the body and create health issues later on. Fasting for just one day a week is believed to be most beneficial.

Fasting is not recommended for pregnant or breastfeeding women, children, and people who suffer from medical conditions or eating disorders. As always, consult your doctor if you plan to try fasting.