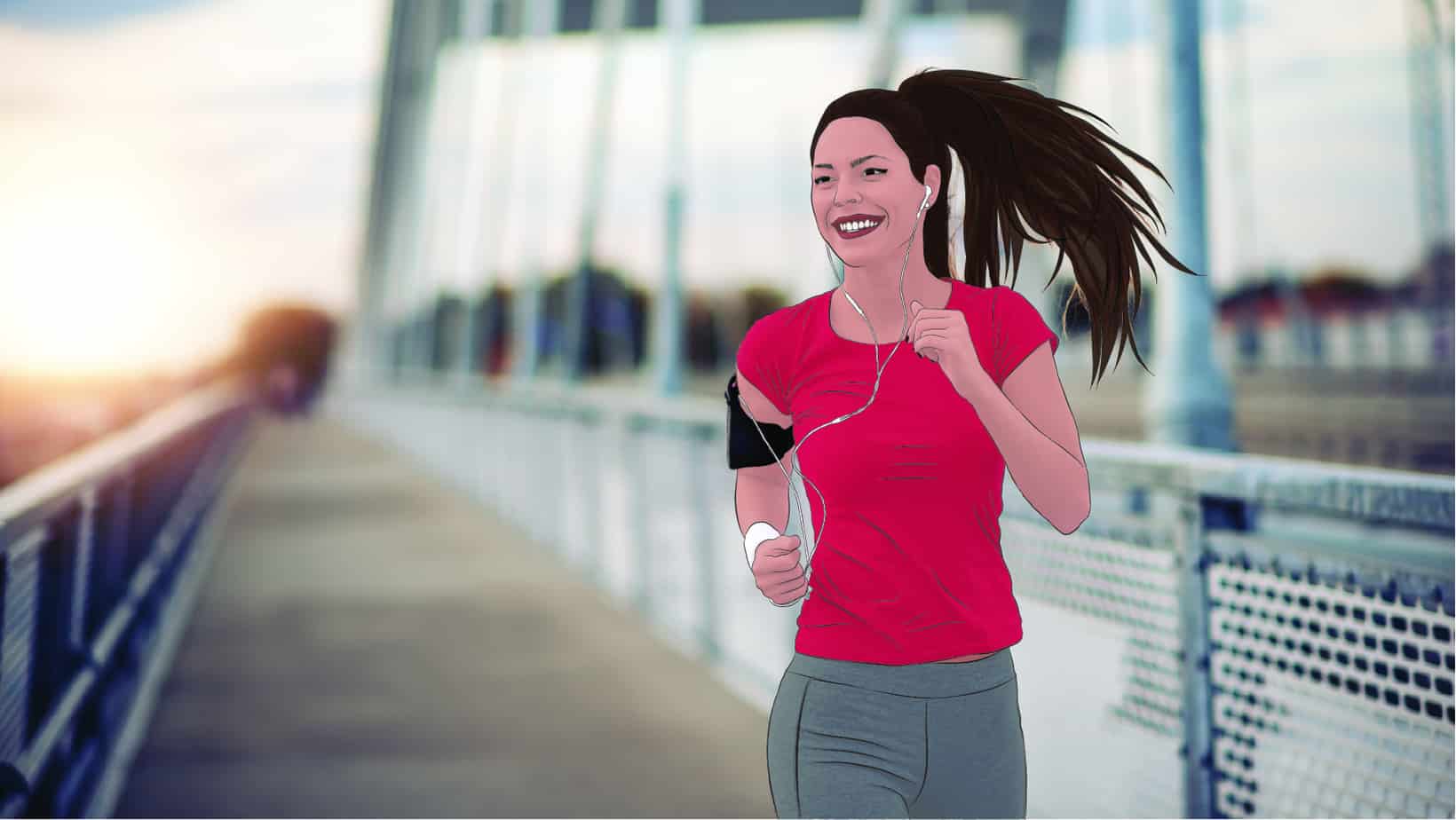 Many people who frequently run for long periods of time experience what’s known as “runner’s high.” This sensation generally creates a feeling of immense joy, calmness, and pain relief. However, runners aren’t the only people who experience this euphoric sensation. Individuals who engage in other types of rhythmic aerobic exercise also can achieve a runner’s high.

Read on to learn what causes this sensation and five tips to help you achieve a runner’s high.

Different conclusions exist within the scientific community about which psychological and biological processes cause someone to experience a runner’s high. For many decades, most scientists believed endorphins released during exercise created a runner’s high. However, new research now points to endocannabinoids as the cause of this sensation.

The endocannabinoid system is the region of the human brain that responds to tetrahydrocannabinol (THC) — the main active compound in marjiuana. Researchers observed the brain activity of mice when running on exercise wheels and found that endocannabinoids like anandamide contribute to the mood-boosting and pain-relieving effects of a runner’s high.

Studies also found higher levels of anandamide in people’s blood after long bouts of aerobic exercise. Why? Because, unlike endorphins, this lipid-soluble endocannabinoid can pass through the blood-brain barrier and trigger the high.

If endorphins have any effect on the human brain during a runner’s high, it’s not the endorphins themselves — it’s the increased release of dopamine those endorphins trigger. Dopamine also plays a role in creating runner’s high, according to a recent study, which suggests the hormone leptin influences the rewarding effects of exercise through the brain’s dopamine neurons.

Fat cells create leptin — a hormone that signals satiety to the brain and reduces physical activity — while dopamine is the neurotransmitter responsible for motivation, reward, and pleasure. In the same study, researchers observed the effects of leptin suppression on mice when running and compared that to the effects to mice without altered leptin levels. They concluded that mice with lower levels of leptin ran longer.

Because past research found a correlation between lower leptin levels and better performance in marathons, these study results came as no surprise. In fact, researchers speculate that a human’s ability to experience a runner’s high is what helped our early ancestors endure running long distances in order to hunt for food. Without a high to enable and encourage endurance, they would starve.

How to Achieve a Runner’s High

Here are five tips to help you experience a runner’s high: