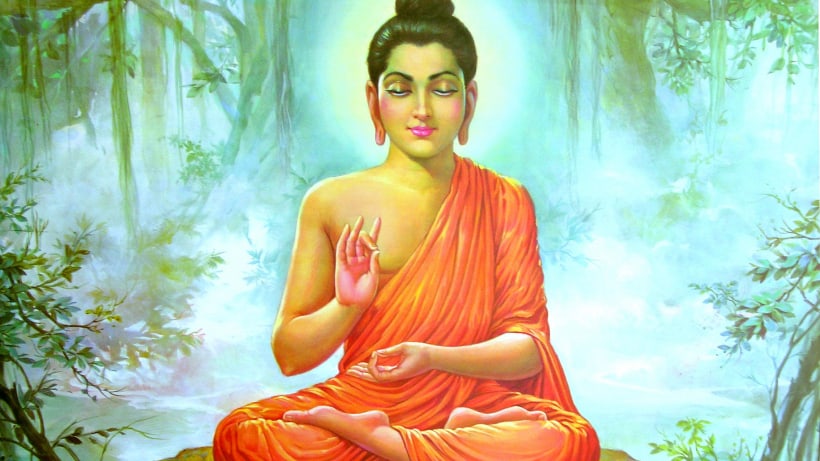 Kali yuga is the iron age, a time of darkness and despair among humanity and across the entire Earth, when chaos, confusion, and hypocrisy reigns. In this article we discuss the prominent avatars of Kali Yuga. The Supreme Divinity Sri Krishna appears in unlimited different forms. The Vedas say the Absolute Truth is non-dual, advitīyam. However, that Absolute Truth expands into many for the purpose of enjoying loving relationships. The Bhagavata Purana confirms: bahu-mūrty eka-mūrtikam. “The Supreme Source is One, although appearing in many varieties of forms.”

An Overview of Kali Yuga

After Dwapara Yuga comes Kali Yuga the age of darkness, when spirituality is eclipsed by selfishness and dogmatic materialism. While Sri Krishna remained on the planet, Kali Yuga could not begin. The reason is that the presence of the Supreme Person keeps ignorance and irreligion at bay. As the Vaisnava poet Krishnadasa has written:

“Krishna is compared to sunshine, and māyā [illusion] is compared to darkness. Wherever there is sunshine, there cannot be darkness. As soon as one takes to Krishna consciousness, the darkness of illusion will immediately vanish.” (Caitanya-caritamrta, 2.22.31)

However, shortly after the departure of Sri Krishna to His own realm in the spiritual sky, Kali Yuga broke out in full force. The social order was turned on its head. Instead of educating and protecting the populace, religious and political leaders abandoned virtue and became the chief criminals in society.

In Kali Yuga, or the Iron Age, spirituality and morality are diminished to shadows of their former selves. Deception and hypocrisy in the name of religion is the status quo. The only process of dharma that is still practiced and effective is nama-sankirtana, or chanting the names of God, especially the maha-mantra: Hare Kṛṣṇa, Hare Kṛṣṇa, Kṛṣṇa Kṛṣṇa, Hare Hare/ Hare Rāma, Hare Rāma, Rāma Rāma, Hare Hare.

As the Dark Age, Kali Yuga is the polar opposite of the Golden Age, Satya Yuga. During Kali Yuga, the world is virtually devoid of peace. All living beings suffer material hardships as they struggle simply to survive, being deeply afflicted by fear.

In Kali Yuga, people live up to only 100 years. The Bhagavata Purana describes human beings of Kali Yuga as follows:

“In this iron Age of Kali men almost always have but short lives. They are quarrelsome, lazy, misguided, unlucky and, above all, always disturbed.” (Srimad Bhagavatam, 1.1.10)

The Avatars in Kali Yuga

You may be wondering: what exactly is an avatar? The Sanskrit word avatara means one who comes down. An avatar is a manifestation of the Supreme Person, Krishna, who comes down to our universe to perform a specific task. There are different types of avatars mentioned in the Vedas. As an actor may wear a unique costume for each of the various roles they play, Krishna similarly adopts many different forms in His various incarnations, or avatars.

In every yuga cycle, or chaturyuga, there are ten prominent avatars known as the Dashavatar. Of these, two appear in Dvapara Yuga: Buddha and Kalki. In addition, there are other important avatars as well, such as the Bhagavata Purana, which is a “book incarnation,” as well as Chaitanya Mahaprabhu, who is a special manifestation of Krishna in the mood of His own devotee.

The first avatar in Kali Yuga is Krishna’s manifestation in a literary form as the text known as the Bhagavata Purana. This is documented within the text itself. Sage Shaunaka inquires from Suta Goswami how the people of Kali will be able to attain enlightenment in self-realization now that Lord Krishna has departed from the planet. Suta replies:

“This Bhāgavata Purāṇa is as brilliant as the sun, and it has arisen just after the departure of Lord Kṛṣṇa to His own abode, accompanied by religion, knowledge, etc. Persons who have lost their vision due to the dense darkness of ignorance in the Age of Kali shall get light from this Purāṇa.” (Śrīmad Bhāgavatam, 1.3.43)

By reading Srimad Bhagavatam, anyone can gain direct realization and experience of the presence of God. The Bhagavata Purana is unique among all other Puranas and scriptures of the world because it explicitly describes the Supreme Personality of Godhead—His name, form, activities, associates, and so on. Whereas other scriptures include instructions of saints, messiahs, and prophets, the Srimad Bhagavatam contains direct instructions from Krishna Himself, as well as numerous descriptions of Krishna’s eternal activities in His own the spiritual realm.

“Then, in the beginning of Kali-yuga, the dark age, the Lord will appear as Lord Buddha, the son of Añjanā, in the province of Gayā, just for the purpose of deluding those who are envious of the faithful theist.”

The next avatar in Kali Yuga is Buddha. Buddhism has become one of the most popular religions in the world, though it is technically a non-theistic way of life. In His teachings, Lord Buddha makes no mention of God, the soul, or the afterlife, and instead prescribes for His followers a perfect path for living peacefully in this world.

One might wonder: why would an incarnation of God teach a non-theistic doctrine? The reason is that during this time in world history, at the onset of Kali Yuga, many irresponsible priests and religious leaders were deliberately misinterpreting scripture in order to condone rampant animal killing and other forms of violence. Therefore Krishna descended in the form of Lord Buddha to teach ahimsa, or non-violence as the foremost principle of a good and noble life.

Learn more about the Buddha Avatar from the Bhagavata Purana

Known alternatively as Gauranga, Chaitanya, and Mahaprabhu, this golden avatar of Krishna is special among all others. Why? Because whereas most avatars exhibit merely a portion of Krishna’s godly qualities, Lord Chaitanya is a direct manifestation of Krishna. Among all grades of avatars, Chaitanya is in the highest class.

Mahaprabhu appeared in West Bengal in the district of Nadiya on February 18, in the year 1,486. Since He appeared just over 500 years ago, there are still many biographies of Him available today. His parents names were Jagannath Misra and Saci-devi, and they gave Him the name Vishvambhara, or one who maintains the world.

The reason Krishna appeared as Chaitanya Mahaprabhu was to broadcast the simple process of self-realization known as bhakti-yoga, or devotional service. In particular, Chaitanya taught the process of nāma-saṅkīrtana, or chanting the names of God. Chanting is such a wonderful and potent path to enlightenment that anyone can do it—even a child!—and experience profound results in no time. Lord Chaitanya primarily taught that the essential teaching of all the Vedic scriptures is to know and love God.

Lord Gauranga was also known for His social reformations. He pioneered the tactic of non-violent protest, and He accepted all classes of men and women in His saṅkīrtana movement, unlike the arrogant, class-conscious priests of His time.

At the end of Kali Yuga, Krishna descends in the form of Lord Kalki, a fearsome incarnation who kills the savage, cruel leaders who have come to dominate planet earth. Kalki is the tenth and final of the Dashavatars. His appearance is described in the Srimad Bhagavatam as follows:

“By the time the Age of Kali ends, the bodies of all creatures will be greatly reduced in size, and the religious principles of followers of varṇāśrama will be ruined. The path of the Vedas will be completely forgotten in human society, and so-called religion will be mostly atheistic. The kings will mostly be thieves, the occupations of men will be stealing, lying and needless violence, and all the social classes will be reduced to the lowest level of śūdras. Cows will be like goats, spiritual hermitages will be no different from mundane houses, and family ties will extend no further than the immediate bonds of marriage. Most plants and herbs will be tiny, and all trees will appear like dwarf śamī trees. Clouds will be full of lightning, homes will be devoid of piety, and all human beings will have become like asses. At that time, the Supreme Personality of Godhead will appear on the earth. Acting with the power of pure spiritual goodness, He will rescue eternal religion.

“Lord Viṣṇu — the Supreme Personality of Godhead, the spiritual master of all moving and nonmoving living beings, and the Supreme Soul of all — takes birth to protect the principles of religion and to relieve His saintly devotees from the reactions of material work.

“Lord Kalki will appear in the home of the most eminent brāhmaṇa of Śambhala village, the great soul Viṣṇuyaśā.

“Lord Kalki, the Lord of the universe, will mount His swift horse Devadatta and, sword in hand, travel over the earth exhibiting His eight mystic opulences and eight special qualities of Godhead. Displaying His unequaled effulgence and riding with great speed, He will kill by the millions those thieves who have dared dress as kings.

“After all the impostor kings have been killed, the residents of the cities and towns will feel the breezes carrying the most sacred fragrance of the sandalwood paste and other decorations of Lord Vāsudeva, and their minds will thereby become transcendentally pure.

“When Lord Krishna, the Supreme Personality of Godhead, appears in their hearts in His transcendental form of goodness, the remaining citizens will abundantly repopulate the earth.

“When the Supreme Lord has appeared on earth as Kalki, the maintainer of religion, the golden age of Satya-yuga will begin, and human society will bring forth progeny in the mode of goodness.”

Learn more about the Kalki Avatar from the Bhagavata Purana