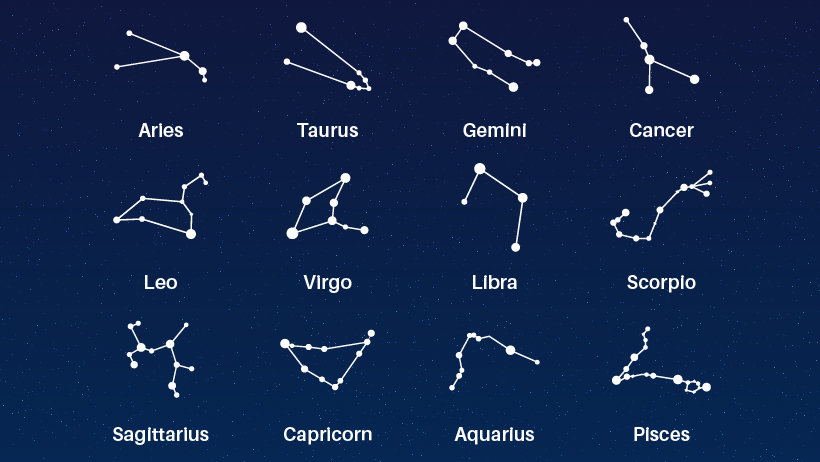 The modern science of astrology gets its name from the ancient Greek word astrología, or the study of the stars. Specifically, astrology looks at how the movements of the stars and planets influence events on Earth, including the lives of individuals. Various forms of astrology have been practiced across human cultures since the beginning of recorded human civilization.

In this article, we explore the origins of astrology, how astrology works in practice, and different types of astrology.

The Origins of Vedic Astrology

Vedic astrology has been practiced since before recorded history. For instance, ancient Indian culture used a calendrical system that relied on accurate tracking of the moon, stars, and planets. The ancient Indian epic, the Mahabharata, which is believed by many to be over 5,000 years old, includes many references to astrological signs and calculations. Astrology was not only used to judge a person’s character and destiny, but also for practical daily necessities, such as planting grains, harvesting, and planning weddings and other festivals.

Virtually the same system of astrology as is seen in ancient Indian culture was also used in various places across the world. In the Middle East, there was the Babylonian Empire of the 3rd and 2nd millennia B.C, which utilized astrology to predict natural disasters and other major events. In what is now known as Central America, there was the Mayan Empire of the 2nd millennium B.C, which based the architecture and design of their temples on the movements of the planets.

Perhaps the most famous historical event that involved astrology was the birth of Jesus Christ. It was three astrologers who saw a celestial sign in the sky which indicated the birth of a great soul, a king of kings. By accurately interpreting the stellar and planetary positions, they were able to understand the exact time and location when Jesus would be born.

Today, many cultures use astrology, and especially the movement of the moon, to measure the passage of time, and to determine the dates of holidays and festivals. Hinduism, Judaism, Islam, and other traditions all base their traditional holy days on a lunar calendar.

How Does Vedic Astrology Work?

Astrology is a complex and sophisticated science. Drawing from thousands of years of theoretical and applied knowledge, an astrologer interprets the arrangement of planets and stars to see how they reveal a certain course of events on earth.

In this section, we’ll look at the key elements of the astrological science: the signs, the houses, and the planets. Although this is just a basic overview of the main building blocks of astrology, it will give you a “big picture” of what this fascinating and useful practice involves.

Even though the solar system is three-dimensional space, all of the planets orbit along the same plane, known as the ecliptic. This means that, in the course of their travel, all the planets pass through the same star formations, also known as constellations.

In astrology, there are twelve specific constellations, or “signs,” which divide the 360° orbit along the ecliptic plane into twelve segments of 30° each. Collectively, these twelve signs are known as the zodiac.

Each sign has a unique symbol and set of characteristics which give it a kind of personality of its own. Think of each sign as a different kind of environment which the planets travel through. In addition, each sign is owned by a particular planet. This means that when the planet passes through that sign, it is in its home, or native environment.

Now we’ll take a look at each sign one by one:

Astrology divides the circumference of the sky into twelve equal compartments — six within the visible sky, and six within the sky that is not visible to us due to it’s being on the opposite side of the earth.

Each house governs a particular domain of human life. Here’s a brief overview of each of the twelve houses:

Position: The eastern horizon to 30° below it.

Chief domains: The mother, the home, the homeland, vehicles, and beliefs.

Position: The western horizon to 30° below it.

Position: The western horizon to 30° above it.

Body part: The genitals and anus.

Chief domains: The time & cause of death, scandals, calamities, revolutions, and the occult.

Body part: The thighs and hips.

Body part: The knees and the back.

Position: The eastern horizon to 30° above it.

Originally, the word planet comes from the Greek word planetes, or “wanderer.” This is due to the fact that the planets all travel through space along a defined orbit, and at a fixed pace.

In Astrology, each planet is attributed a specific personality, complete with characteristics, likes, dislikes, etc. Now we’ll examine the main features of each of the planets:

Day of the week: Sunday

Speed of travel through the zodiac: About one sign per month.

Portfolio: The soul, governments, will-power, health, prestige, and the father.

Day of the week: Monday

Speed of travel: About one sign every two-and-a-half days.

Portfolio: The mind, agriculture, happiness, emotions, creativity, and the mother.

Day of the week: Tuesday

Speed of travel: About one sign every two months.

Day of the week: Wednesday

Day of the week: Thursday

Day of the week: Friday

Speed of travel: About one sign every two-and-a-half weeks.

Day of the week: Saturday

Speed of travel: About one sign every two-and-a-half years.

Day of the week: None

Speed of travel: About one sign every one-and-a-half years.

Day of the week: None

Speed of travel: About one sign every one-and-a-half years.

The science of astrology is used for many different purposes. In the West, most people are familiar with birth chart readings, commonly known as horoscopes. However, there are other types of readings that can provide valuable information in different circumstances. Below, we’ll look at the most common divisions of astrology:

Popularly known as a birth chart, a horoscope is a two-dimensional map of the planetary and stellar positions in relation to earth at the time of a person’s birth. The exact time, latitude, and longitude of the birth location are taken into account.

The horoscope is a powerful prognostication tool, which, when read properly, can accurately foretell a person’s personality, major life events, past life, time of death, and more.

A relationship reading looks at two individual horoscopes to determine how compatible they are. This is mostly used when planning marriages or counseling couples. However, it can also be used for any relationship: between parent and child, boss and employee, teacher and student, two friends, business partners, etc.

The relationship reading is invaluable for identifying major strengths and weaknesses in the partnership. It can give tremendous insight to couples who are having trouble understanding their significant other’s point of view.

In horary astrology, the astrologer casts a chart at the moment a person asks a specific question. The chart is then interpreted in a way that provides a clear and conclusive answer.

While almost any question can be asked, the first step in any prashna is to verify the sincerity of the inquirer. This is signified by the strength and qualities of the rising sign. Some common uses of horary astrology include:

Nowadays, most people are familiar with astrology as it is practiced in the western world. This is generally known as “modern astrology.” Key features of this school of astrology include:

Planetary positions are calculated by the movement of the sun
A person’s “sign” is their sun sign
Planets such as Neptune and Uranus are also given weight
Ancient Indian astrology, known as Sidereal astrology, is a practice dating back thousands of years. Its main features include:

Planetary positions are calculated in relation to the fixed stars of the zodiac
A person’s “sign” is their moon sign
“Shadow” planets Rahu and Ketu are given weight
Although there are numerous differences between modern and sidereal astrology, the two approaches are largely the same. You can read our article to learn more about how they differ.